Please ensure Javascript is enabled for purposes of website accessibility
Log In Help Join The Motley Fool
Free Article Join Over 1 Million Premium Members And Get More In-Depth Stock Guidance and Research
By Eric Volkman - Mar 30, 2020 at 10:14AM

U.S. marijuana companies won't be getting any relief from the government's coronavirus recovery stimulus bill, but the story might be quite different in Canada.

Marijuana stocks rose at the end of last week, beating most top-share market indexes, quite dramatically in certain cases. Why the sudden and sharp rise? It seems to be down to two major factors.

First, investors might consider the steep price declines in the sector to be a bottom-feeding opportunity. Second, it's likely that more states will legalize marijuana. That's because public budgets are going to be strained after the SARS-CoV-2 coronavirus outbreak (hopefully) abates, and will require the extra dosh from taxes on legal weed.

So considering the circumstances, it was a relatively good week for pot stocks. Here are two more positive developments: 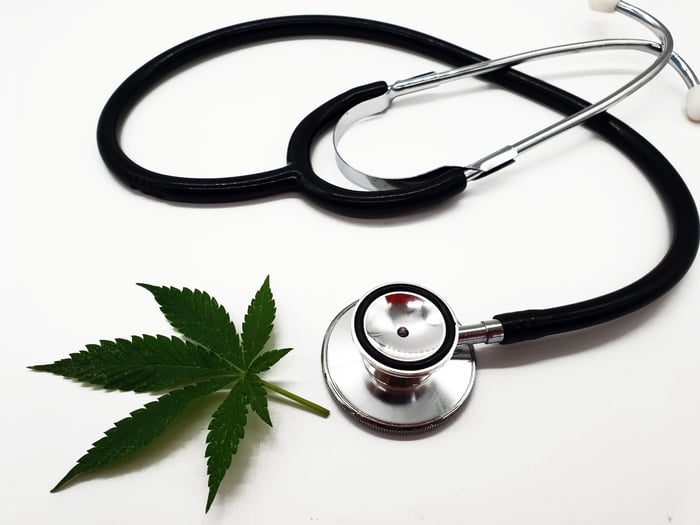 Unlike more traditional sectors of the economy, marijuana was excluded from the U.S. coronavirus stimulus bill passed into law last week. But cannabis companies might still benefit from North American government largesse.

The Canadian government is preparing its own stimulus bill, and it could really be a shot in the arm for companies it assists -- even though it's modest compared with the American version (roughly $144 billion, versus $2 trillion for the U.S. aid package). BNN Bloomberg reported that a clutch of executives from the country's marijuana companies collectively requested inclusion with a formal letter sent to the government.

This feels like the first step of a lobbying effort, and if so I think it has a reasonable shot at success. Canada is a global leader in marijuana legalization, being the inaugural Western country to fully sanction the drug. As such, it has something of an obligation to put cannabis on the same level with more traditional industries; if they're getting recovery funds from the public, marijuana should too.

Also, for all its mistakes and the many roadblocks still in its path, marijuana had been making a rapidly growing contribution to the domestic economy. This should only intensify in the future, not least because they're sure to be players in foreign markets as more U.S. states and foreign countries legalize marijuana.

We don't yet have a list of the companies whose representatives signed the letter; BNN Bloomberg said the lineup included Aurora Cannabis, Tilray, and the smaller, less-known operator Fire & Flower Holdings. If the government grants their request, we can imagine that these companies will benefit accordingly. So cannabis stock investors should keep a sharp eye on how the situation develops.

A tale of two Q4s: Curaleaf and Green Thumb Industries

Let's take Curaleaf first. The Massachusetts-headquartered operator posted revenue that was slightly under $75.5 million, a 22% improvement over the Q3 figure and almost 140% better on a year-over-year basis. Going the opposite direction was the company's net loss, which at nearly $26.6 million was worse than both the Q3 figure (again a loss, at $6.8 million) and the Q4 2018 deficit of $11.2 million.

As for Green Thumb, its top line was quite similar -- it came in at $75.8 million. This represented sequential growth of nearly 12% and a very robust 265% year-over-year increase. Net loss was $13 million, narrower than Q3's $17.1 million but deeper than the year-ago shortfall of $3.1 million.

Analysts tracking the stocks were expecting lighter net losses for both companies, although the disparity between forecast and actual performance wasn't great in either case.

There is one solid reason for investors to be optimistic about the prospects for both companies (assuming they make it through the coronavirus situation more or less intact) -- geography.

Green Thumb is very well positioned in Illinois, which at the beginning of the year flipped the switch on recreational marijuana legalization. The company already operates a set of dispensaries in the state, and more are coming soon. The state has been a hot market for recreational weed, and once it gets past the coronavirus era, it should heat up again.

Massachusetts also recently gave the green light to recreational pot. Its population is significantly smaller, plus Curaleaf has a limited footprint there (five dispensaries, with three licensed to sell recreational product and the remainder medical marijuana only). Even so, like Illinois, it's a young market that still has room to grow. Like Green Thumb, Curaleaf is in the right place at the right time for this.