As long as American Airlines must significantly reduce its near-term capacity, it might as well simplify its fleet, too.

The rapid spread of the COVID-19 pandemic over the past several weeks has dealt a massive blow to airlines around the world. In the U.S., traveler throughput at TSA checkpoints has been down more than 90% year over year for more than a week.

As the most heavily indebted airline in the country -- and one of the least profitable, to boot -- American Airlines (AAL -4.51%) has been particularly hard hit. The company is depending on up to $12 billion of government-sponsored payroll protection grants and loans to provide the liquidity it needs to get through the current crisis.

To make matters worse, American Airlines executives don't expect demand to bounce back very quickly. As a result, the airline is accelerating plans to simplify its fleet and retire many of its oldest jets.

The first fleet simplification announcement came out several weeks ago. In a memo to staff on March 12, management said that American would retire all of its Boeing (BA -3.42%) 767s by the end of May. The airline's remaining Boeing 757s will follow the 767s out the door, with the last ones being retired by the end of the 2021 summer season. 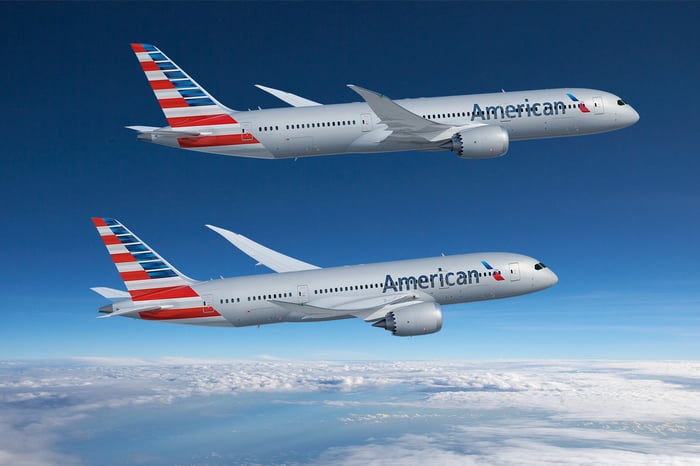 At the beginning of this year, American Airlines had 34 757s and 17 767s in its fleet, with an average age of 20 years: old, but not that old by commercial airline standards. These two models were developed by Boeing at the same time and share a type rating, meaning that the same pilots can fly either one. Three of American's 757s are leased, while the other 48 planes are owned by the company.

Entering 2020, American Airlines had already planned to retire 11 of its 767s by year-end, with the last six exiting the fleet in 2021. This made it a no-brainer to permanently ground the 767s this spring. Air travel demand isn't likely to recover to 2019 levels until 2022 or later, so there's no need for these aircraft until after they were already scheduled to retire.

Meanwhile, 10 of the 757s were set to be retired soon after American's fleet of 737 MAX 8s was ungrounded, with the other 24 likely to be replaced by new Airbus A321XLRs in 2023 and 2024. The combined 757 fleet is already undersized from an efficiency perspective. (There are more than 900 planes in American's mainline fleet.) Phasing out the 757s earlier than planned will simplify the fleet, which should improve productivity. It will also allow the carrier to avoid rising maintenance costs for these aircraft.

The early retirement of the 757s does create one thorny problem. Until A321XLRs start arriving in late 2023, American Airlines won't have a narrow-body plane capable of flying between the East Coast and Europe. However, management may figure that there won't be adequate demand to justify flying many of the lower-traffic routes served by the 757s over the next few years. Other former 757 routes will presumably be covered by larger planes like the Boeing 787-8 until the A321XLR becomes available. 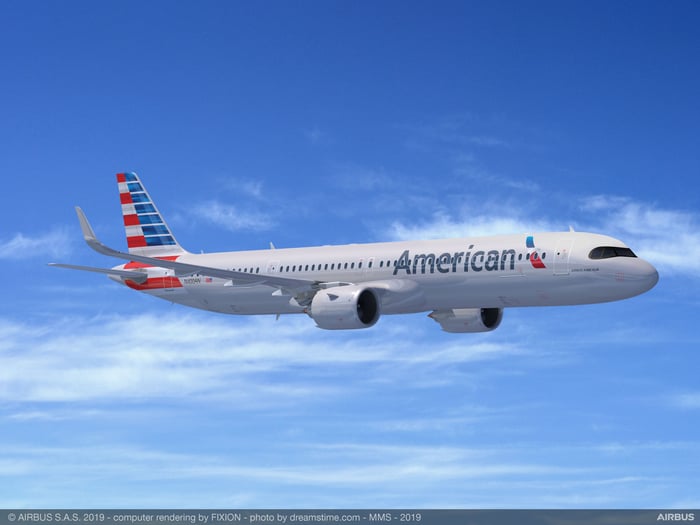 More aircraft on the way out

Last Sunday, American Airlines revealed additional steps to shrink and simplify its fleet. It will retire all 20 of its Embraer E190s and all nine of its A330-300s over the next year or so.

The E190 retirements had already been planned for this year, as those planes have high unit costs and are expensive to maintain. Management has also been batting around the idea of retiring the A330-300s for years. (Back in mid-2016, the plan was to retire them all by the end of 2018.) Like the 757 and 767 fleets, American's A330-300s are about 20 years old. While that's not especially old for a commercial jet, simplification is again the goal: these planes use an engine type that is unique in American's fleet and therefore costly to maintain.

Additionally, American Airlines plans to retire its 76 oldest Boeing 737s. While the airline's 737 fleet is just 10 years old on average, the planes it will retire were built between 1999 and 2001. A couple of years ago, management had said that 45 of these older 737s would be retired by the end of 2020, but the carrier later backtracked and extended the lives of those planes. Now, the early retirement plan is back on track (and enlarged).

Previously, I wasn't a fan of retiring these 737s early, but doing so makes more sense now. American Airlines will likely need a smaller domestic fleet for the next couple of years, and it may be impractical to halt all new aircraft deliveries from Boeing and Airbus for that long. Furthermore, American is in the midst of refurbishing its 737s and converting them to a new 172-seat configuration. Retiring the older ones in the near term will allow the airline to reduce its spending on that reconfiguration project.

It's just a waiting game

Together, these initiatives to shrink and simplify American Airlines' fleet will retire 156 aircraft and remove four different models (the 757-200, 767-300, A330-300, and E190) and two aircraft types (the 757/767 and the E190) from service. These are all sensible moves to better match future capacity to expected demand and cut costs by reducing complexity and phasing out older, less-reliable jets.

That said, the potential benefits of these efforts are modest compared to the amount of revenue American Airlines is losing right now due to COVID-19 crushing demand. Until demand recovers to at least 70%-80% of its pre-coronavirus level, even the most aggressive cost-cutting efforts will only slow (not stop) American's losses. In short, the company's future depends in large part on matters outside its control, which is an unenviable position to be in.

The cash infusions being offered by the government and American's own efforts to raise cash will probably (but not definitely) enable the company to survive the next few quarters. However, it will exit 2020 with far more debt than the $33.4 billion it had at the beginning of the year, leaving the airline giant with little flexibility to withstand any further setbacks in the years ahead.