Please ensure Javascript is enabled for purposes of website accessibility
Log In Help Join The Motley Fool
Free Article Join Over 1 Million Premium Members And Get More In-Depth Stock Guidance and Research
By Eric Volkman - Apr 4, 2020 at 11:42AM

The regulator apparently feels the banks are solvent enough to keep the payouts coming.

Dividends from U.S. banks appear to be secure for now, according to a report published Friday in The Wall Street Journal. The article, citing "people familiar with the matter," asserts that Federal Reserve officials are reluctant to mandate a halt to such payouts. The organization holds the power of final approval for any large bank's capital allocation plans.

There have been calls for banks to trim, or even eliminate, their dividends as the SARS-CoV-2 coronavirus pandemic puts increasing strain on the world economy. This would help them preserve their capital so they are in better shape as lenders when the crisis is over. 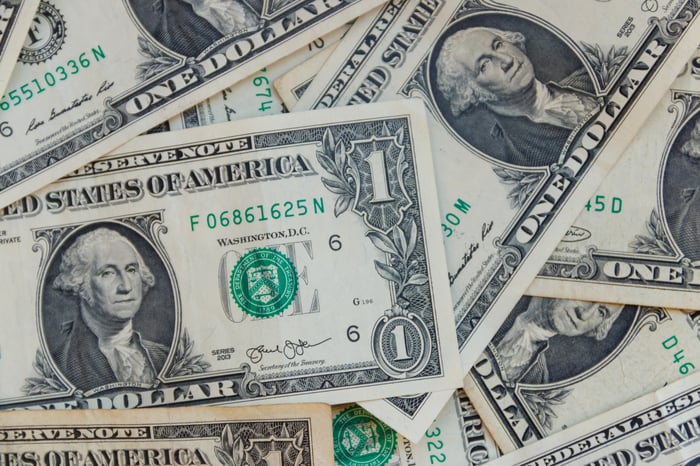 Several have done so by eliminating their share buybacks; three that have pulled this lever are JPMorgan Chase (JPM 1.66%), Citigroup (C 0.70%), and Bank of America.

Fed officials might be satisfied that these steps are sufficient to keep the banks liquid enough for the time being. The Journal article also speculated that Fed officials might be concerned that mandating a halt to dividend payments implies that they don't believe U.S. banks are solvent. This would risk undermining confidence in the banking system.

Meanwhile, both JPMorgan Chase and Citigroup have promised to keep their dividend taps open. Earlier this week Citigroup CEO Michael Corbat made the pledge in an interview with CNBC. And in mid-March, JPMorgan Chase's board of directors maintained its $0.90 per share quarterly dividend, which is to be paid at the end of this month.

On Friday, the shares of both JPMorgan Chase and Citigroup fell more steeply than the key stock market indexes. The former slipped by almost 3% on the day, and the latter by 4.4%.