Please ensure Javascript is enabled for purposes of website accessibility
Log In Help Join The Motley Fool
Free Article Join Over 1 Million Premium Members And Get More In-Depth Stock Guidance and Research
By Joe Tenebruso - Updated May 5, 2020 at 3:44PM

One of the major cruise ship companies warned investors it may go bankrupt.

Cruise ship stocks sank on Tuesday after Norwegian Cruise Line Holdings (NCLH -5.22%) said it had "substantial doubt about [its] ability to continue as a going concern."

It's not easy being a cruise ship operator during a global pandemic. With their ships docked due to sailing restrictions imposed by health officials, Norwegian, Carnival, and Royal Caribbean are burning through cash. These beleaguered cruise ship companies have been forced to turn to the debt markets to raise cash in hopes of staying afloat until their ships can resume sailing once again.

Norwegian said on Tuesday that it's attempting to raise another $1.6 billion by issuing a combination of stock and debt. However, the company warned that it "does not have sufficient liquidity to meet its obligations over the next twelve months." Norwegian said that if it's unable to obtain the capital it's seeking, it could be forced to begin bankruptcy proceedings. 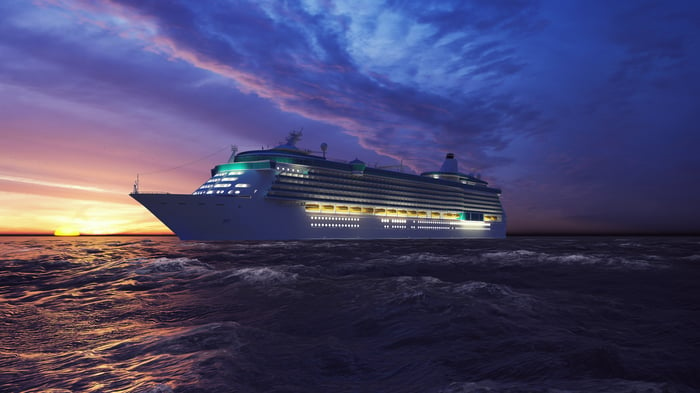 Even if Norwegian is able to obtain the cash it needs, the coast is still far from clear. The surging number of COVID-19 cases in the U.S. and other parts of the world are making it increasingly likely that health organizations like the Centers for Disease Control and Prevention (CDC) might extend sailing restrictions for cruise ships. Worse still, even when these restrictions are lifted, many people may choose to forego cruise ship travel due to fears of getting sick.

Thus, despite their recent -- and potentially future -- capital raises, Norwegian, Royal Caribbean, and Carnival are likely to remain in a battle for survival. Unless a vaccine or effective treatment for COVID-19 is developed soon, bankruptcy could be an unfortunate possibility for one or more of the major cruise ship operators.