Please ensure Javascript is enabled for purposes of website accessibility
Log In Help Join The Motley Fool
Free Article Join Over 1 Million Premium Members And Get More In-Depth Stock Guidance and Research
By Katie Brockman - May 7, 2020 at 7:15AM

Maximize your monthly checks by doing these three things.

Millions of Americans depend on Social Security to make ends meet in retirement. In fact, nearly one-quarter of married couples and close to half of unmarried beneficiaries rely on their monthly checks for at least 90% of their retirement income, according to the Social Security Administration.

If you're nearing your senior years and your retirement fund isn't as strong as it should be, it's a good idea to maximize your benefits. Even if you do have a strong nest egg, it's still smart to make sure you're collecting as much as you can from Social Security. Here are three things you can do to boost your monthly checks. 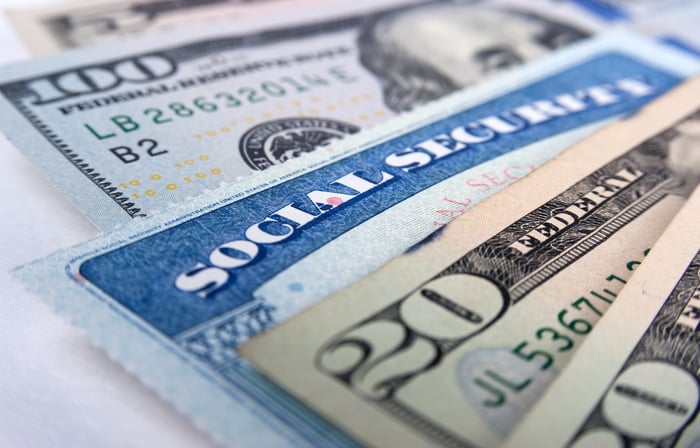 The amount you receive each month depends on the age you begin claiming. If you claim at your full retirement age (FRA) -- which is age 67 for those born in 1960 or later, or either 66 or 66 and a certain number of months for those born before 1960 -- you'll receive 100% of the benefit amount you're entitled to collect. By claiming before that age (as early as age 62), your benefits will be reduced by up to 30%. But if you wait until after your FRA to claim (up to age 70), you can receive up to 32% more on top of your full benefit amount.

These adjustments are permanent, too. So if you delay benefits and live a very long life, you could potentially collect significantly more over a lifetime than if you'd claimed earlier.

Your basic benefit amount -- or the amount you'll receive by claiming at your FRA -- is based on the 35 highest-earning years of your career. The Social Security Administration will average your income over these years and adjust it for inflation, and the result will be your basic benefit amount. If you can, try your best to work for at least 35 years. If you don't work that long, you'll have zeros added to your equation, which will bring down your average and reduce your benefits.

To give your benefits an added boost, you can work more than 35 years. Only your highest-earning years will count toward your average, and there's a good chance you're earning more toward the end of your career than you were when you were younger. By working longer now, you can replace some of your lower-earning years with higher-earning ones -- thus increasing your earnings average and your basic benefit amount.

The higher your income, the more you're able to collect in benefits -- up to a point. For 2020, taxable earnings are capped at $137,700, meaning that's the maximum amount that is subject to Social Security taxes. The more you earn up to that limit, the more you can potentially receive in benefits.

Again, because your benefits are determined by averaging your 35 highest-earning working years, the more you earn each year, the higher your average will be. That, in turn, results in more money in benefits. By boosting your income now, those extra earnings can add up over time and turn into bigger monthly checks in retirement.

Maxing out your benefits

The average Social Security beneficiary receives around $1,503 per month, according to the Social Security Administration, but the maximum amount anyone can collect is $3,790 per month. If you want to see checks that size, you'll need to take advantage of all the different ways to boost your benefits.

Not only will you need to work at least 35 years, but you'll also need to have been reaching the maximum taxable earnings limit during those years. In addition, to receive the full $3,790 per month, you'll need to delay claiming benefits until age 70.

Earning the maximum Social Security benefit may not be feasible for most Americans, but that doesn't mean you can't take steps to boost your benefit amount. By doing each of these three things, you can ensure you're receiving as much as possible from Social Security.