I was feeling peckish this week so I did a little buying on Wednesday. I also took advantage of Luckin Coffee (OTC:LKNC.Y) finally trading again after being halted six weeks ago. I sold my entire position in the once promising Chinese coffee chain -- at a beefy loss, as you can probably imagine.

I expressed my frustration with Luckin Coffee a couple of weeks into the trading halt. The exchange nixed trading on the shares after management revealed that it was inflating sales by a shockingly high margin. I don't always bail on a stock when the going gets rough, but this just isn't going to end well. It's not like the stock will ever return to its earlier highs, because the fundamentals of Luckin Coffee were purely fictional. Luckin Coffee has an intriguing model, but it's only an average business at best. The brand is now tarnished, and that's something that isn't easy to bounce back from -- even if we now know that the bar wasn't as high as Luckin Coffee tricked us into believing.

I more than offset the Luckin Coffee by initiating a position in Costco Wholesale (NASDAQ:COST) and adding to my positions in Pinterest (NYSE:PINS) and Sonos (NASDAQ:SONO). Let's go over these purchases. 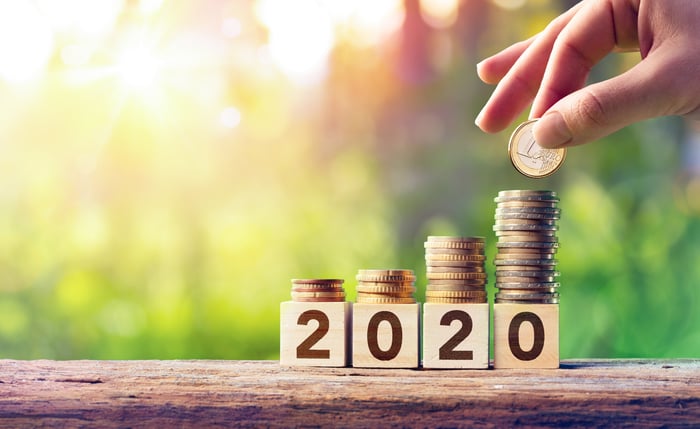 I've admired Costco for more than two decades, yet somehow I never became an investor. The market gave me an opportunity to change that with the stock retreating off its February all-time highs despite the warehouse club leader's model proving resilient during the pandemic.

Costco's comps declined 4.7% for the retail month of April -- including a 3.3% slide in the U.S. -- but there's more to that metric than meets the eye. Costco sells gasoline at most of its stores, and naturally between folks driving less last month and gas prices plunging, this was going to be a drag on performance. Back out the gas pump sales and U.S. comps would be flat.

Things get even better once we do some more weeding out. It had limited service at its food courts and in its travel business. Most of its optical, hearing aid, and photofinishing departments were closed in April. Back out all of those segments and worldwide comps rose 8.6%, spearheaded by an 11.2% spike on its home turf. Costco also boosted its dividend last month, something you don't see too many companies doing in this climate.

This would seem to be the perfect climate for Pinterest. Folks sheltering in place are leaning on the visual search platform to bone up on ideas for home decor, new recipes, and other crafty aspirations. There were 367 million users on its platform at the end of March, 26% more "pinners" than it was serving a year earlier.

The shares took a hit earlier this month after warning about its monetization shortcomings since the pandemic broke. Advertisers are holding back across all platforms. Pinterest isn't offering up near-term guidance, but it did reveal that revenue had declined 8% for the month of April. It's not a good look, but it will be temporary. Pinterest's popularity is growing even through the COVID-19 crisis. Advertisers will come back, and I expect the share price to follow suit.

Like Pinterest, Sonos disappointed in its latest quarter. Revenue declined 17% for its fiscal second quarter, threatening to end its streak of 13 consecutive years of positive fiscal year top-line growth. The good news for the pioneer of wireless audio is that it seems to be turning the corner even as most businesses are cratering during the coronavirus calamity.

Engagement is picking up within the 10 million homes that own at least one Sonos device, as total listening hours rose 32% in March before accelerating to a 48% year-over-year surge in April. Despite most of its retail partners shuttered in the pandemic, Sonos saw its revenue decline just 5% last month. A fivefold surge in its direct-to-consumer channels -- mostly through e-commerce -- has helped keep the carnage in check.

Things aren't ideal right now, but investors kicking themselves for missing out on Sonos when it went public at $15 in 2018 can now get in for less than that. Sometimes a ground floor opportunity goes down to the cellar before climbing back upstairs. It's risky to buy into IPO stocks, and Sonos has had a volatile sophomore year. I still like what the stay-at-home phase of this pandemic is doing for getting Sonos owners more engaged with the platform, and that will pay off in time.