Maybe yet another brand isn't what the market needs.

Monster Beverage (MNST -1.13%) is looking to enter into a partnership with a major beer distributor to develop a new hard seltzer brand. Stifel Nicolaus analyst Mark Astrachan told clients in a note that he expects the new product to launch as soon as early 2021. 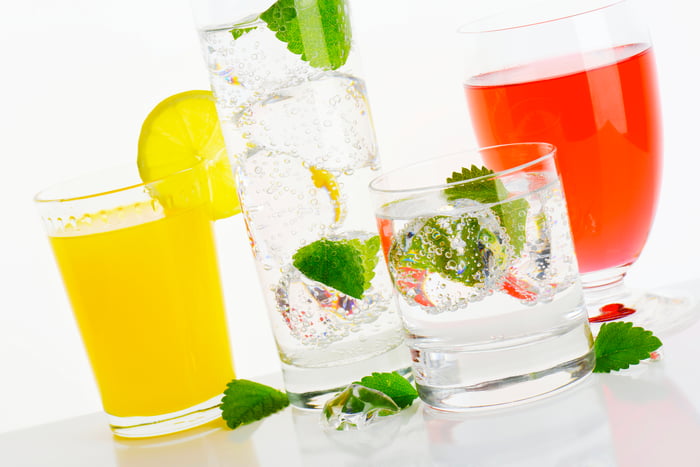 The battle to be a distant third

Astrachan was upbeat on the prospects of the new drink, believing the spiked seltzer could deliver as much as $76 million in new revenue for the beverage company. "We also think the company could launch a non-alcoholic sparkling water under the Monster brand while the alcoholic version will be a new brand, like Reign," he said, referring to Monster's fitness beverage that captured a 3% share of the market within a year of its release.

But that may be a bit too optimistic. Although hard seltzer continues to grow by triple-digit rates, even during the pandemic, it is becoming an exceptionally crowded market. Researchers at Nielsen say there were 10 hard seltzer brands on the market at the start of 2018, 26 the following year, and 65 brands in 2020.

Although industry leaders White Claw and Truly from Boston Beer have seen their combined share ebb from 88% to 75% as competitors flood the market, they still have a tight grip on the lead as everyone else scrambles for the remaining consumer discretionary spend in the space.

When even megabrewers like Anheuser-Busch InBev, Molson Coors Brewing, and Constellation Brands can't easily break into the market, maybe a Monster-branded hard seltzer will find the going hard, too.

Why Match Group Stock Dropped Like a Rock Today

Why Shares of Baozun, Hello Group, and HUYA Are Rising Today