The market is proving to be very resilient to the coronavirus outbreak.

Continuing an impressive recovery from being depressed early in the coronavius pandemic, the S&P 500 index hit a new record high on Tuesday. The benchmark stock index recorded a 0.2% increase on the day to land at just under 3,390.

Despite widespread fears of a sustained, widespread sell-off of equities, the bear market triggered by the outbreak didn't last long. The S&P 500 recorded a queasy fall from its former high-water mark (3,386.15, recorded on Feb. 19) that lasted 33 days, a relatively short stint compared to other bear markets. On March 24, the index began rising again and has generally maintained an upward trajectory. 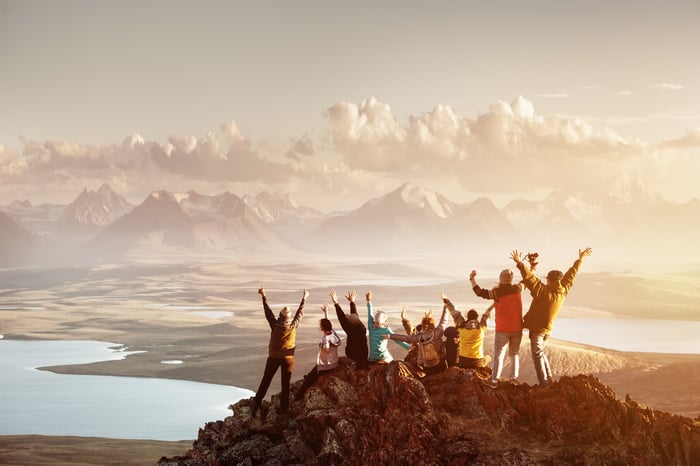 Understandably, the more "coronavirus-proof" major companies have helped pull the index to its new peak. Amazon.com (AMZN -3.01%) has roared ahead by nearly 71% since March 24, as stay-in-place measures either encouraged or mandated drove the powerful retailer's sales.

Broadly speaking, the tech sector also made a major contribution to the rally, helped by the fact that many of its products and services can be consumed remotely and in isolation.

Apple (AAPL -1.51%) nearly doubled in price across the same stretch of time, advancing at an 87% clip and experiencing some notable one-day jumps along the way. During the rally, Apple split its shares 4-for-1, which might have increased the company's appeal to more budget-conscious investors.

Netflix (NFLX -4.49%) also gained for similar reasons -- albeit to a more modest degree -- as many stay-at-homes have done a lot of Netflix-and-chill these past few months. Since March 24, Netflix stock has increased by nearly 38%.

All three companies did well on the S&P's Tuesday to remember. Amazon rose by 4%, while Netflix added almost 2%, and Apple ticked up 0.8%.