Please ensure Javascript is enabled for purposes of website accessibility
Log In Help Join The Motley Fool
Free Article Join Over 1 Million Premium Members And Get More In-Depth Stock Guidance and Research
By Bradley Freeman - Updated Aug 21, 2020 at 9:01AM

When it comes to investing for Social Security income, the name of the game is stability and dependability. While it can be somewhat tempting to chase high fliers, higher upside also coincides with risk and volatility not suitable for stable retirement-account investing. Still, we don't want to be too risk averse, as that can put an unnecessarily low ceiling on profits.

Here are two high-quality companies that balance appropriate levels of risk with still compelling upside and can help supplement your Social Security income. 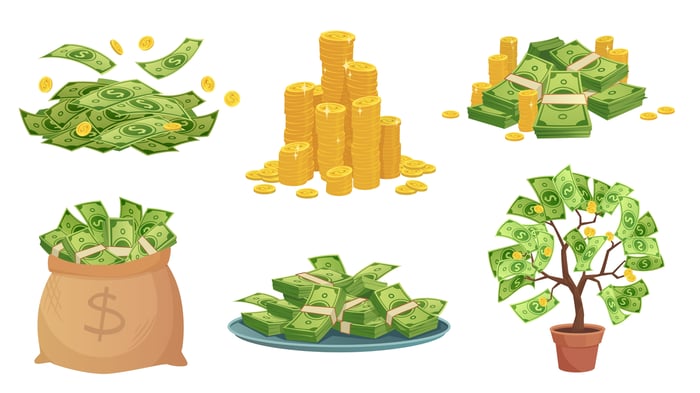 CVS Health is strong and steady

With an annual dividend around 3% as of Thursday's close, CVS Health's (CVS -1.22%) dividend comfortably paces the average S&P 500 yield. Its payout ratio is just 10.44%, meaning the dividend takes up a small amount of earnings and shouldn't be too hard to maintain. Better yet, while COVID-19 has certainly forced the business to shift to things like more testing and different inventory strategies, its most recent quarter was a success.

Total sales increased by 3%, while operating income jumped by 40.5% year over year to $4.7 billion. Based on the strong results, the company raised its full-year earnings per share (EPS) guidance from a range of $7.04 to $7.17 up to $7.14 to $7.27. Furthermore, it now expects operating cash flow of $11 billion to $11.5 billion, up from $10.5 billion to $11 billion. Neither are huge leaps, but both are still encouraging, considering the quarter included a nationwide pandemic.

CEO Larry Merlo attributed this strong performance to his company's effective evolution with changing times. To Merlo, expanding diagnostic testing and virtual-care services to meet increased customer demand "to deliver care wherever the customers want to receive it" is the overarching key to his company's success. To give an idea of the kind of traction its virtual offerings are receiving, MinuteClinic virtual-care visits shot up 750% compared to the same quarter last year.

CVS's strong financials and cash flow ensure continued income in your Social Security account. Its shift to telemedicine provides an intriguing avenue of growth while protecting the business from disruptive virtual-care companies, such as Teladoc Health.

ViacomCBS (PARA -1.25%) is a global media company with a plethora of content assets, including CBS Entertainment, Showtime, Nickelodeon, Comedy Central, BET, and much more. Due to COVID-19, advertising revenue has slowed considerably, and production of several TV shows is on hold. Furthermore, several live sporting events whose broadcasting rights it owns -- like the March Madness NCAA men's basketball tournament -- have been postponed or canceled entirely.

Despite the daunting challenges posed by COVID-19, ViacomCBS is still expected to earn $4.07 per share this year, which gives it a cheap earnings multiple under 7. It pays a dividend of 3.5% with a modest payout ratio of just 13.4%, pointing to the sustainability of the yield. Again, this is without several lucrative, live-sporting events and with advertising spend pulling back across almost every industry in light of the pandemic-induced shutdowns. It's reasonable to think a return of sports and advertising demand should improve Viacom's earnings further.

Still, with streaming eroding the appeal and profitability of Viacom's various cable offerings, some say it permanently deserves a low valuation. Its growth across multiple streaming platforms says otherwise.

PlutoTV -- its free, ad-supported streaming service -- is the No. 1 of its kind globally. It attracts 30 million monthly users and has recently launched in dozens of countries to boost that growth. While Pluto does not generate subscription revenue for the company, it does create advertising sales, which are especially timely given the pandemic.

Furthermore, it gives ViacomCBS 26.5 million TV watchers to sell its paid streaming and direct-to-consumer (DTC) services: CBS All Access and Showtime. The company was hoping to hit 16 million paid subscribers by the end of the year. It did so six months early and has raised its end-of-year goal to 18 million subscribers. That's the kind of growth we love to see when picking high-quality winners for a Social Security account.

To add validity to Viacom's streaming strategy, the company struck a deal with Apple this past week to bundle Showtime and CBS All Access for Apple TV+ subscribers. This could be a sign of things to come when considering the broad array of content Viacom owns.

CEO Bob Bakish plans to beef up CBS All Access with content from Viacom's other networks and also live sports. In a streaming field that is so competitive, live sports rights to organizations such as Champions League, the PGA Tour, and college basketball and football are valuable differentiators to attract new subscribers. Creating hit show after hit show is difficult; leaning on the immense popularity of sports is easier.

Investing in the stock market can be a fruitful endeavor. Still, it's vital to pick high-quality companies with successful long-term track records and promising growth prospects. Limiting downside is as important as creating possible upside. CVS and ViacomCBS both offer a great balance between safety and promising growth prospects. When picking stocks to supplement your Social Security income, these two should work very well.