Please ensure Javascript is enabled for purposes of website accessibility
Log In Help Join The Motley Fool
Free Article Join Over 1 Million Premium Members And Get More In-Depth Stock Guidance and Research
By Leo Sun - Aug 23, 2020 at 9:15AM

Sony and two other international companies deserve a closer look.

Most Americans likely use products from foreign companies -- including cars, phones, PCs, and gaming consoles -- each day. However, investors might not pay much attention to these brands as investments, since their stocks often trade overseas or on over-the-counter exchanges.

So today, let's cast the spotlight on a trio of international companies that make products you might already be using: Sony (SONY 0.43%), Tencent (TCEHY -3.02%), and LVMH Moet Hennessy Louis Vuitton (LVMUY -1.60%).

Most American consumers are already familiar with Sony's consumer electronics, video game consoles, movies, and music. But this holiday season, the Japanese conglomerate will launch the PlayStation 5, the fifth generation of its best-selling gaming console. 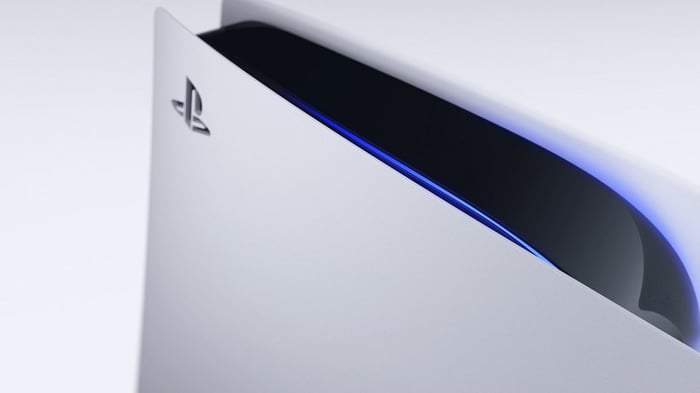 Sony's gaming business, which generated 31% of its revenue last quarter, has been a soft spot over the past year. Gamers postponed their hardware and software purchases ahead of the PS5's launch, and many developers turned their attention toward the upcoming console.

Investors should take that forecast with a grain of salt, but Sony's gaming unit could potentially overtake its image sensor division as its main growth engine by the end of fiscal 2020, which ends next March. It could also offset the weakness of Sony Pictures, which is struggling with postponed movies throughout the pandemic, and its electronic products and solutions unit, which houses Sony's struggling TV and smartphone businesses.

Chinese tech giant Tencent is the world's largest video game publisher. Its massive online gaming portfolio, which generated over a third of its revenue last quarter, includes hit games like League of Legends, Clash of Clans, PUBG Mobile, Call of Duty Mobile, and Honor of Kings.

Its online gaming revenue surged 40% annually last quarter, as the strength of its smartphone games offset its declining PC gaming revenue. Tencent still generates most of its revenue in China, but it's expanding overseas with international games and investments in Western publishers.

Those plans are ambitious, but Tencent could face a lot of resistance from the Trump administration, which recently threatened to ban its messaging platform WeChat (known as Weixin in China) in the United States. An escalation of that conflict could cause problems for its gaming unit's American partners and subsidiaries.

LVMH's organic sales plunged 28% annually in the first half of 2020 as the COVID-19 pandemic shut down its stores worldwide. However, its growth in China rebounded after the country eased its lockdown measures, and its online sales accelerated significantly.

LVMH's near-term growth should remain weak, but it's traditionally been a good defensive stock for tough times because high-end luxury shoppers generally don't struggle as much during recessions. During the Great Recession, LVMH's organic sales rose 7% in 2008, declined 4% in 2009, then rebounded swiftly with 13% growth in 2010.

LVMH will likely recover from the COVID-19 crisis in a similar manner. It's already spotted pockets of strength -- including stable demand for wines and spirits in the U.S. and China, the resilience of its flagship Louis Vuitton and Dior brands, and Sephora's ability to gain market share through direct-to-consumer channels -- throughout the first half of the year.

I'm not saying it's a good idea to invest in Sony, Tencent, and LVMH simply because you use their products. However, Sony's PS5 console, Tencent's sprawling video game portfolio, and LVMH's luxury houses represent good starting points for further research into these resilient international stocks.