Please ensure Javascript is enabled for purposes of website accessibility
Log In Help Join The Motley Fool
Free Article
Join Nearly 1 Million Premium Members And Get More In-Depth Stock Guidance and Research
By Will Healy – Sep 2, 2020 at 11:33AM

Reopening one of its main Las Vegas properties does not end the pain for this casino company.

MGM Resorts International (MGM 1.56%) has reopened its doors at one key property -- the Mirage. This mega-resort at the center of the Las Vegas strip began to welcome customers back in late August. This comes after the partial reopening of its Bellagio, New York-New York, and MGM Grand properties in June.

While many know the Mirage property for its volcano, those hoping for an eruption of profits may find themselves disappointed. While this is hardly unusual for consumer discretionary stocks in the resort space, it may mean continued pain for MGM's stock.

The state of MGM

Like peers such as Las Vegas Sands or Wynn Resorts, its focus on resorts has left MGM highly vulnerable to the effects of COVID-19. Moreover, even with the reopenings, the company still conducts business at reduced hours and below full capacity. 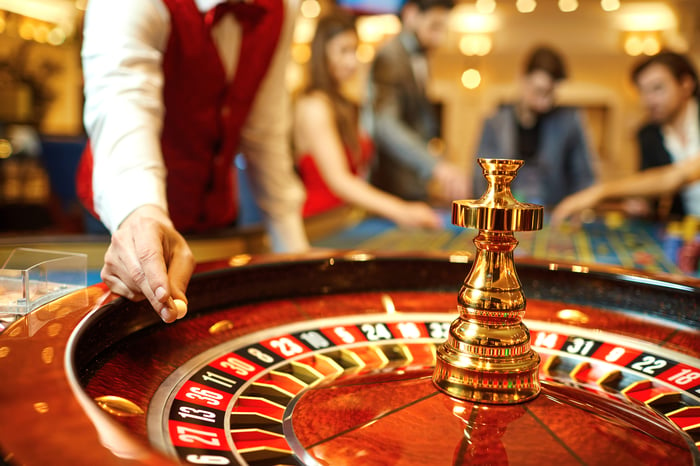 Given the level of financial damage caused by the pandemic, one has to wonder if a literal volcanic eruption at the Mirage would have caused less damage?

In the first full quarter since the pandemic led to mass closures, the company reported about $290 million in revenue. This represents a 91% decline from the year-ago quarter. Earnings of $0.08 per diluted share in the same quarter last year gave way to a quarterly loss of $1.67 per diluted share in the most recent quarter. Also, as the Mirage reopened, the company announced it would lay off 18,000 employees due to the pandemic.

The reopening news on July 30 did little to move the stock. Additionally, the stock has not returned to pre-pandemic highs. Although MGM has seen some recovery from the March lows, its stock is still down by about 29% this year. 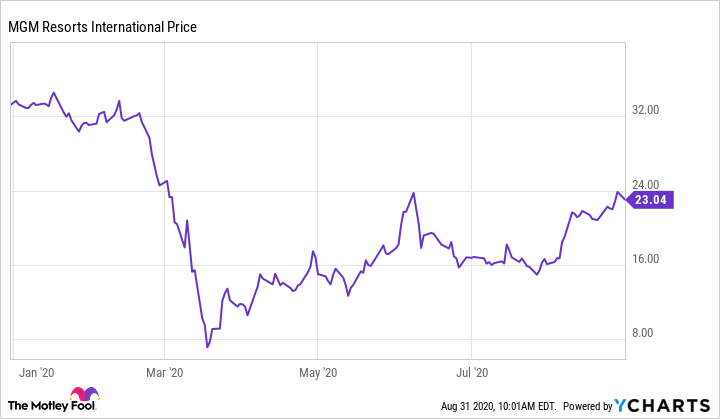 Moreover, the reopenings will likely not constitute a quick path to profitability. MGM did not issue guidance. However, if consensus revenue estimates are accurate, the company will bring in $1.24 billion in the coming quarter.

While that is a vast improvement sequentially, it is still almost 63% below revenue in the third quarter of 2019. The forecasted loss of $1.10 per share also does little to stoke optimism. Even worse, analysts believe that losses will continue through 2021.

Just how prepared is MGM to ride out this storm? Its cash reserves of just under $4.84 billion may carry the company for a few quarters.

Nonetheless, investors must also remember that the company lost more than $857 million in the previous quarter alone. Moreover, the $11.34 billion in long-term debt is just under the current market cap of approximately $11.4 billion. While that may not hamper borrowing, it makes additional debt a less desirable option. Hence, the company may have to turn to asset sales to boost liquidity.

MGM stock trades at just over 1.3 times sales. At first glance, that may look cheap since it is well below the S&P 500 average price-to-sales (P/S) ratio of around 2.5.

However, given the financial condition of the company, it appears cheap for a reason. Even though most of MGM's properties have now reopened, it could take months or years before revenue returns to levels seen before COVID-19. Also, as mentioned before, the company may either add to a heavy debt burden or sell property to ride out this crisis.

All of these challenges will likely weigh on the stock. While the worst may have ended from a revenue standpoint, MGM stock could easily see conditions worsen before its situation finally improves.