Dividend income will become an even more important retirement revenue source in the years ahead.

With the Federal Reserve promising actions that will keep interest rates negligible at best for quite a while, a retirement portfolio built around businesses that pay investors a steady stream of income becomes an even more attractive option, if not a necessity.

Here are three stocks that should provide investors with both income and a minimal level of risk over the long haul. 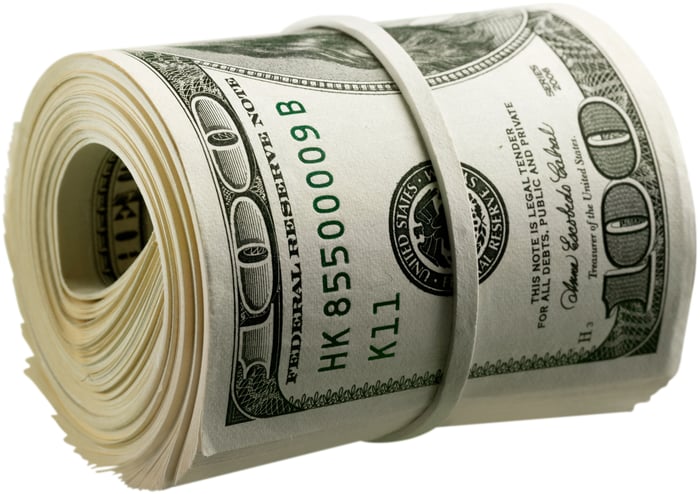 Because toymaker Hasbro (HAS -0.69%) sources over two-thirds of its toys from China, it has been hit by both the trade war with China as well as the coronavirus pandemic because of the dislocation it caused to the supply chain (beyond all the other catastrophes it created).

Yet with some of the most popular toys on the market, as well as being licensed to make toys for some of Disney's biggest movies (Star Wars, Marvel superhero franchise) and product lines (Princess dolls), Hasbro is poised to deliver generous returns for years to come.

While the toymaker's stock has nearly doubled off the lows it hit in March, it still trades over 35% below the highs it hit just before the pandemic struck. That means investors have the opportunity to realize significant capital appreciation as well as dividend income,

Hasbro's annual dividend payments have grown at an annual compounded rate of almost 12% over the past decade. It now pays out about 65% of its earnings as dividends. That's a little high, but it still provides investors with a modicum of safety.

The dividend currently yields 3.4%, and Hasbro guarded it jealousy during the COVID-19 outbreak, halting stock buybacks but still rewarding investors with quarterly payments. Expect that to continue.

McDonald's (MCD -1.56%) was also initially impacted by the pandemic because, as with the rest of the restaurant industry, its dining rooms were shut down --  and the fast-food chain derives 30% of its business from folks sitting down to eat.

Yet that also highlights the resiliency of McDonald's business because, unlike many casual dining chains, the burger joint thrives on takeout, whether customers use its walk-up counter service or its drive-thru windows, which actually generate 70% of the restaurant's revenue. During the health crisis, though, the drive-thru did yeoman's work, accounting for 90% of its sales.

It shows the investments McDonald's made in the to-go business are paying off, from upgrading digitally to acquiring an artificial intelligence company to help boost sales. Its dividend remained intact throughout the pandemic, currently yielding 2.3%. And since the company has a record of increasing it for 43 consecutive years, making it a Dividend Aristocrat -- or a company that's hiked the payout for 25 years or more -- it's a good bet McDonald's will do so again.

There's hardly a business not named Amazon that wasn't negatively impacted by COVID-19 in some way. Food distribution specialist Sysco (SYY -1.08%), though, was a unique case because 62% of its $60 billion in annual revenue comes from restaurants. The rest comes from schools, government and healthcare facilities, and various travel and leisure outlets, all of which were shut down during the pandemic.

So while food was declared an essential good during the crisis, Sysco wasn't able to participate fully in fulfilling that need. Yet in crisis there is opportunity, and the leading food distributor saw a chance to expand into the supermarket industry, It won't be an easy market to break into, but Sysco's vast national distribution network should ease its ability to gain a toehold and diversify its revenue stream.

Sysco has an even longer record than McDonald's of raising its dividend, some 50 years, which elevates it to being a Dividend King. Certainly even the most venerable of companies can cut their payouts if times get bad enough, but the food distribution leader has proved through many market cycles that it considers rewarding shareholders a key element of its business.

With safety built into its operations and a dividend yield of 3%, investors can be confident that Sysco is one of the stocks on which they can bankroll their retirement.