The plant-based-food leader is ramping up its production capabilities in a potentially massive new market.

Shares of Beyond Meat (BYND -4.45%) climbed on Tuesday after the meat alternatives company said it would build a cutting-edge production facility in China. As of 1:45 p.m. EDT, Beyond Meat's stock was up more than 8%.

Beyond Meat (Jiaxing) Food, a subsidiary of Beyond Meat, reached an agreement with the Jiaxing Economic & Technological Development Zone (JXEDZ) to build a new to plant-based food manufacturing facility near Shanghai.

"With its expertise in the food industry, proximity to Shanghai, and excellent logistics and people capabilities, the JXEDZ will be the perfect partner and location for our ambitious plans for the China market," Candy Chan, General Manager for Beyond Meat in China, said in a press release. 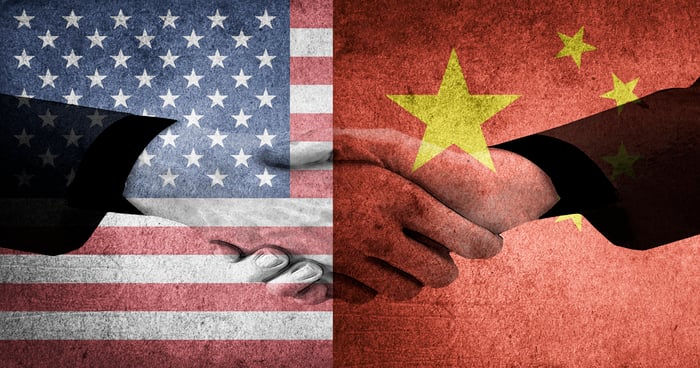 Beyond Meat's stock rose on Tuesday after the company struck a deal to expand in China. Image source: Getty Images.

Beyond Meat said initial product runs will begin in the coming months. It plans to ramp up to full-scale production by early next year.

With a population of 1.4 billion, China is always on the lookout for sustainable ways to provide its people with high-protein meals. Plant-based food can help it do so, particularly at a time when COVID-19 is placing a strain on the traditional meat processing industry.

For Beyond Meat, China represents a massive growth opportunity -- one that could fuel its expansion for many years to come. "China is one of the world's largest markets for animal-based meat products, and potentially for plant-based meat," Beyond Meat CEO Ethan Brown said in a statement.

Don't Give Up on Consumer Staples Stocks, Just Buy Companies Like These
409%