There's some bullish sentiment behind the bedding maker's stock.

Shares of Purple Innovation (PRPL 3.95%) jumped 12.2% higher on Thursday after the bedding maker priced a secondary offering at $18.50 per share, over $1.50 per share below where the stock had closed on Wednesday.

Purple didn't issue new shares, which would dilute existing shareholders. Rather, two former directors, the brothers Tony and Terry Pearce, were selling their entire 25% stake in the company that was held in their InnoHold investment vehicle. InnoHold will receive all of the proceeds from the sales of the 11.8 million shares. 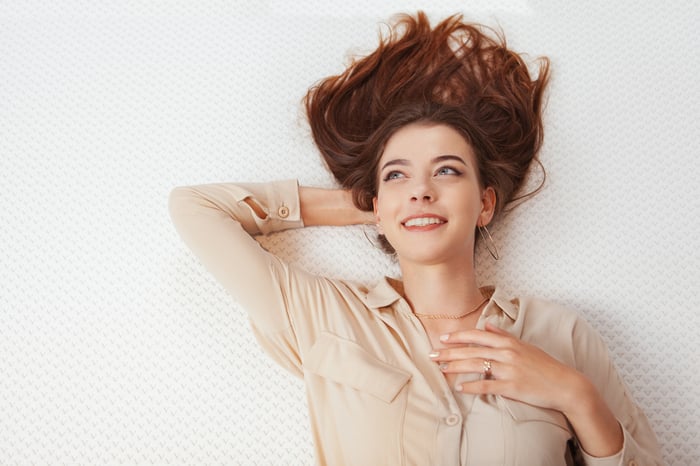 The Pearces have been selling down their position in Purple Innovation all year long, and had been majority shareholders until this past May, when their holdings dropped below 50%. The sale represents a change of control under the company's credit agreement, which will provide some flexibility to the bedding company with regard to its loans and repayments.

Prior to the pricing of the secondary offering, Purple's stock was down over 25% from its 52-week high reached last month. However, shares of the bedding maker are up 400% from the lows they hit back in March and are over 130% above where they began the year as sales and profits rose.

While secondary offerings are many times viewed as a negative signal by a company, the quick turnaround in announcing the offering and pricing it suggests there is still significant market demand for Purple Innovation's stock and that it can go higher still.