Companies could only distribute the vaccine internationally if domestic need is met.

The U.S. Senate is considering a bill that would prohibit international distribution of coronavirus vaccines made by companies that received federal funding until domestic need for the vaccine has been met. The current version of the bill calls out funding made available under four coronavirus-related laws.

The legislation would presumably affect one of the front-runners, Moderna (MRNA -0.23%), which has received $955 million from the U.S. Biomedical Advanced Research and Development Authority (BARDA) to support the development of mRNA-1273. Last month, Moderna said it was in "advanced discussions" with the European Commission to sell 80 million doses of the vaccine and was also talking to the Japanese government about supplying 40 million doses.

Johnson & Johnson (JNJ 0.13%), Novavax (NVAX -2.88%), and Merck (MRK 0.64%) would also presumably be affected since they've all taken money from the U.S. government to support their coronavirus vaccines. 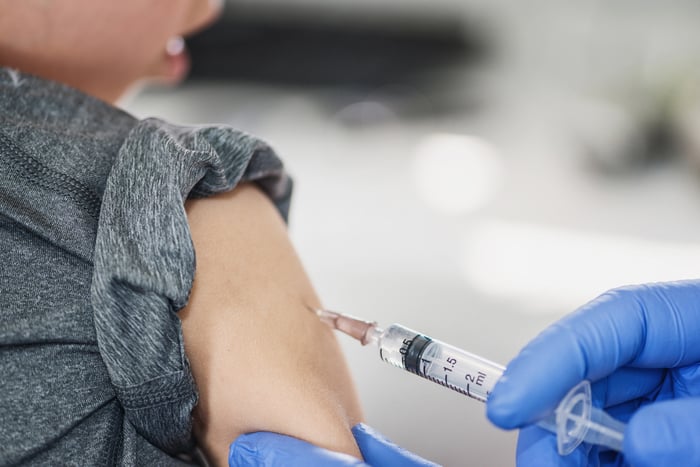 The legislation only affects companies with U.S. headquarters, so U.K.-based AstraZeneca (AZN 0.08%) and France-based Sanofi (SNY 0.78%) would seem to be exempt from the legislation in its current form. Pfizer (PFE 0.74%) has taken money from BARDA, but the U.S. pharma might be able to get around the rule if its vaccine is sold through its partner BioNTech (BNTX -0.88%), which is headquartered in Germany.

The bill, which was introduced by Sen. Thom Tillis, was referred to the Committee on Banking, Housing, and Urban Affairs.