Shares of the e-commerce and gaming company jumped due to broad market gains and a pair of news items.

Shares of Sea Limited (SE 4.76%) were gaining today as the Southeast Asian provider of digital gaming, e-commerce, and online payments rode the rebound in tech stocks today. It also benefited from a couple of news items, including another coronavirus lockdown in Indonesia and the launch of a new fresh-food delivery app in Indonesia. 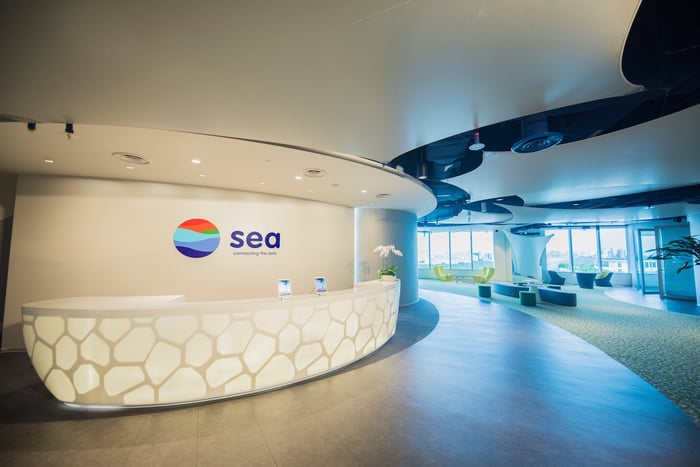 Stocks rose broadly Monday morning as investors reacted favorably to a rush of merger and acquisition (M&A) activity, including NVIDIA's acquisition of chipmaker Arm Limited from Softbank in a $40 billion deal, and Gilead's purchase of Immunomedics in a transaction valued at $21 billion. Additionally, TikTok chose Oracle as its U.S. partner.

At the same time, investors were encouraged by positive news on the vaccine front as AstraZeneca said it was resuming its vaccine trial after investigating a participant who had reported a side effect. Pfizer also said it would increase its Phase 3 trial from 30,000 participants to 44,000 participants, and its CEO said the company would know by the end of October if the vaccine works.

Sea stock also seemed to benefit from news specific to its biggest market, Indonesia, where Jakarta went into another lockdown. While that news was seen as a poor sign for the Indonesian economy, it's likely to benefit Sea, whose businesses revolves around mobile technology and has thrived during the pandemic.

Sea shares have jumped nearly 300% this year as the stock has become a popular coronavirus pick, and investors have caught onto its rapid growth and potential in a huge market that's difficult to penetrate, as Southeast Asia has a larger population than North America. Revenue in its most recent quarter jumped 93%, showing the company's explosive growth, but after nearly quadrupling this year, the stock may be due for a breather.