Please ensure Javascript is enabled for purposes of website accessibility
Log In Help Join The Motley Fool
Free Article Join Over 1 Million Premium Members And Get More In-Depth Stock Guidance and Research
By Evan Niu, CFA – Sep 18, 2020 at 10:00AM

It's usually a pretty intimidating prospect when the richest company in the world enters your market to compete. That's precisely what Apple (AAPL -1.96%) is now doing as it prepares to challenge Peloton (PTON 0.30%) in the home exercise market, announcing its new Apple Fitness+ service that is set to launch later this year. Investors seem at least a little concerned, as Peloton shares dipped briefly when Apple unveiled the offering.

Analysts, on the other hand, remain mostly unfazed. 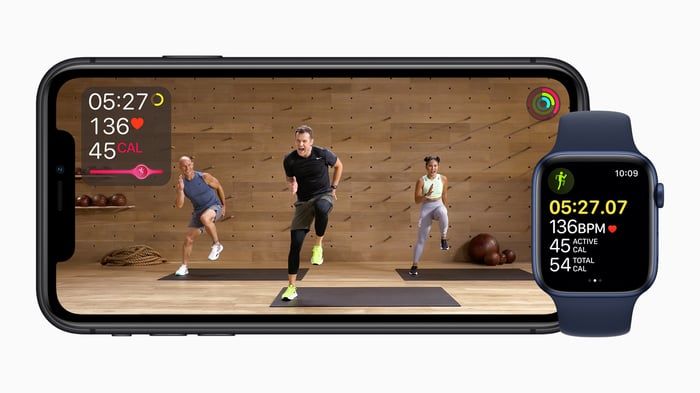 Peloton has a "significant head start"

This week, Raymond James reiterated an outperform rating on Peloton shares following the company's first investor and analyst day, which incidentally took place at the exact same time as Apple's virtual product event. During the investor presentation, Peloton set a lofty goal of reaching 100 million subscribers in the years ahead.

Analyst Aaron Kessler is optimistic about the consumer discretionary company's ability to reach that target and is encouraged by demographic trends. Peloton is seeing strong adoption and growth among younger users in the 25-34 age range, as well as those that make less than $100,000 in annual household income. Peloton's products have premium pricing, but CFO Jill Woodworth noted on the last earnings call that consumers in that group now represent nearly half (46%) of sales. 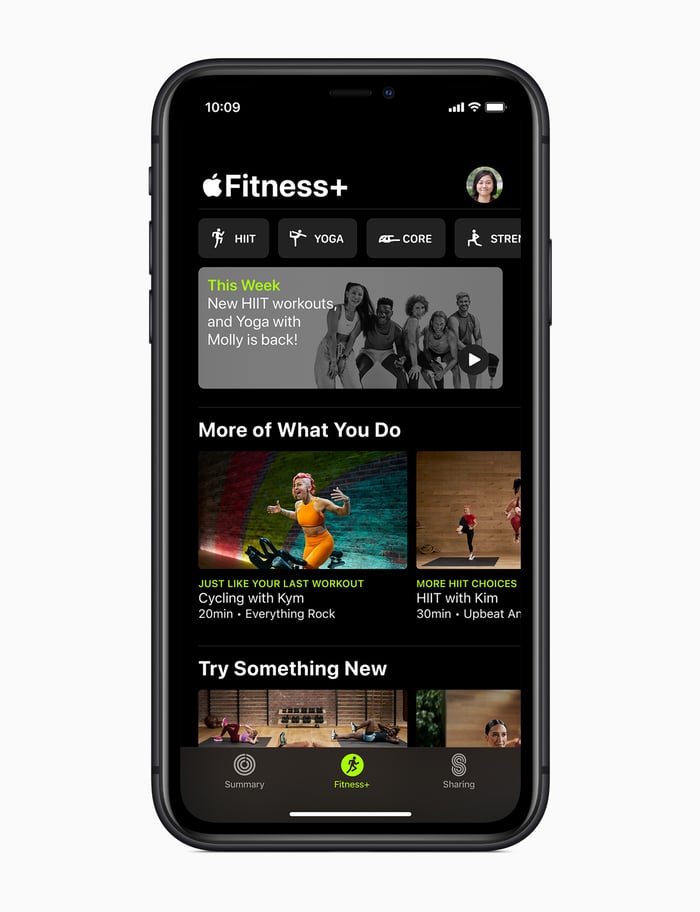 Kessler also does not believe that Apple will be much of a threat, thanks mostly to Peloton's lead with its massive content catalog.

"From our perspective, the major highlights of Fitness+ are health data tracking integration with Apple Watch, Apple Music tie-ups for class playlists, and the ability to participate in classes from a variety of Apple devices," the analyst wrote in a research note to investors. "While hard to ignore Apple, Peloton has a significant head start in fitness subs and content and its multi-platform approach is an advantage."

The Mac maker's entry "illustrates the attractiveness" of the home exercise market, but Apple is far behind Peloton and "has a long way to catch up." That somewhat echoes CEO John Foley's sentiments, recently calling the new service "quite a legitimization of fitness content."

Importantly, Apple is not looking to compete on hardware, which is core to Peloton's model. It's not as if Apple is going to jump into the exercise bike market with the thinnest and lightest anodized aluminum bike they've ever made. "They're just going to be the content," Foley predicted.

Apple Fitness+ will provide subscribers with access to a catalog of virtual workout classes, which will challenge Peloton's Digital membership but likely won't appeal to customers who have purchased Peloton's expensive Bike or Tread products -- and are paying $39 per month to take full advantage of the equipment.