Everything to keep in mind when considering an IPO as an investment.

The season for initial public offerings (IPOs) is in full swing. Private companies are rushing to public markets in order to cash in on established success, as well as raise funds to power future growth. Snowflake (SNOW -2.79%), a software company positioning itself as an independent party for all things data related, garnered the most hype heading into its debut on Sept. 16.

The initial opening indications were for a $120 share price, but it was wildly oversubscribed and peaked over $300 on day one. With legends such as Warren Buffett and salesforce.com CEO Marc Benioff buying into the company, it's no wonder as to why this happened. Should you join the Snowflake party or purchase stakes in the handful of other high-profile companies making their public debut? Maybe. Let's consider. 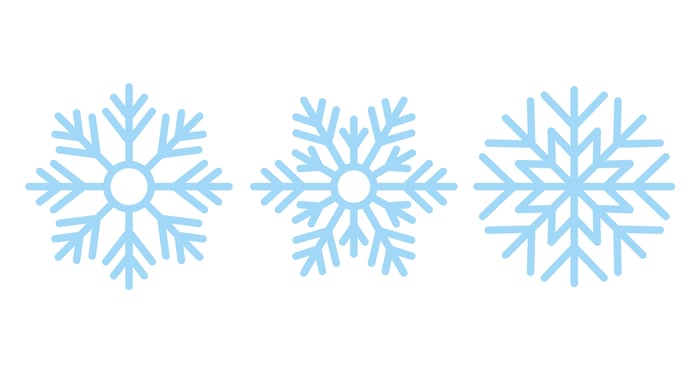 First, it's important to understand that accomplished businesspeople like Buffett and Benioff invested in the Snowflake IPO at much lower valuations compared with what you would pay. For example, Buffett's and Benioff's companies purchased their stakes at a roughly $40 billion market cap, slightly over half of today's valuation.

Snowflake even briefly peaked at over an $85 billion market cap, pushing its valuation over the company's total addressable market of $81 billion. Additionally, it will lose more than it will make in revenue this year, and will do so with a price-to-sales multiple pushing 100, with no profit in sight.

None of this means Snowflake is a bad company, but all of it must be considered. Triple-digit revenue growth and a net dollar retention rate surpassing 160% make this froth slightly more understandable. Still, investors should exercise extra caution, and research this company in detail. Investing legends may provide evidence of the future success for companies like Snowflake, but that is no guarantee.

Furthermore, while this $730 million investment from Berkshire Hathaway sounds large, Buffett's company has $142 billion in cash and Treasury bills to deploy. Based on that, Berkshire's stake represents 0.5% of its total current liquidity.

Salesforce has roughly $9 billion in cash and equivalents on hand, making its roughly $250 million investment represent less than 3% of its investable funds. It's still encouraging that Buffett and Benioff are interested in owning the company, but this is important to keep in mind.

To join or not to join the IPO party?

Snowflake has lots of company among expensive IPOs: Software companies like JFrog and Sumo Logic both debuted this week. The full list is much longer, but the theme is consistent: This batch of IPOs is full of high-risk, high-reward players. Most are priced for perfection, and most have products for which demand is growing at an impressive clip. So what?

With higher-volatility names (like Snowflake and the rest seem to be), it becomes increasingly likely that there will be large price pullbacks. While Snowflake and other 2020 IPOs may succeed or even thrive longer term, none will do so in a linear fashion. Having the stomach to dollar-cost average into a high-risk name when a price drop coincides with no news is easier said than done. Developing your own conviction in the longer-term prospects of a company is the best preparation for when this opportunity surfaces.

There will be bumps, there will be drama, and there will be wild price action. If you want to be invested in Snowflake or other IPO names, it's best to buckle up and enjoy the ride.

Is a Growth Stock Crash Imminent?