A new analyst says investors' expectations for the tech giant may be too high.

Shares of Apple (AAPL -1.96%) declined by 4.2% on Wednesday, following an analyst downgrade.

UBS analyst David Vogt took over coverage of Apple and lowered the investment bank's rating on its stock from buy to neutral. Vogt expects the tech titan's product-based revenue growth to slow once coronavirus-related demand for Macs and iPads subsides and the upcoming iPhone 12 refresh cycle ends. He also predicts that iPhone-driven service sales will "materially decelerate" in the coming years. 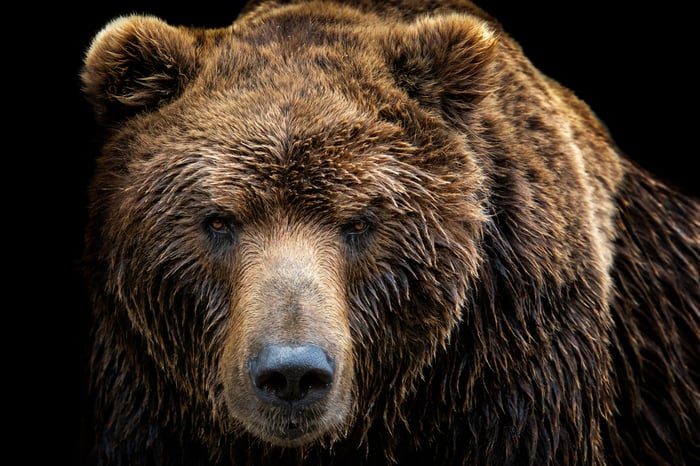 Although he raised his firm's price forecast for Apple's stock from $106 to $115, Vogt notes that the shares are currently trading for 29 times his earnings estimate for the year ahead, which is significantly above its historical trading range. Thus, he argues that much of the company's future growth is already reflected in its current share price, leaving little room for upside potential.

It's true that, even after its recent declines, Apple's price-to-earnings ratio is still well above the levels at which its stock has typically traded in recent years. 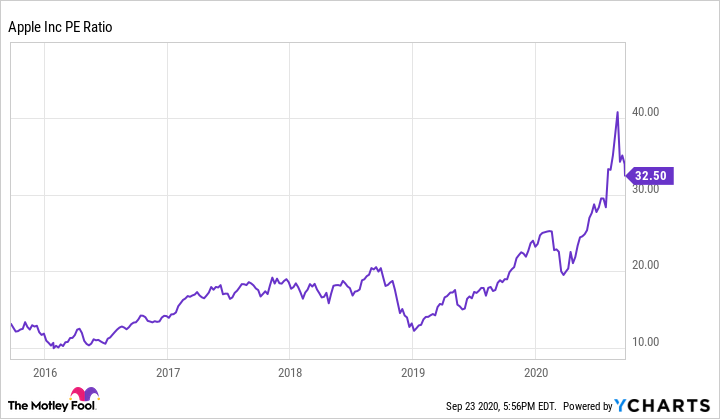 Much of this multiple expansion is due to investors' excitement for the upcoming launch of Apple's new 5G-enabled iPhones, which some analysts say will ignite a powerful multi-year upgrade cycle. If that's true, then Apple's current valuation may turn out to be quite reasonable. If, however, iPhone 12 sales begin to decelerate sharply in just one year's time, as Vogt suggests, then Apple's stock could underperform in the coming years.