Monster Beverage (NASDAQ:MNST) has been a monster stock for its shareholders. Originally called Hansen's Natural, the stock has been ripping and roaring throughout the 21st century. Suppose you bought $1,000 worth of shares when Monster Energy was introduced in April 2002. Adjusted for splits, your cost basis would have been $0.09 a share. Hold on for a couple of decades, and in September 2020, your 11,111 shares are now worth $903,768.

Now, it's highly unlikely Celsius Holdings (NASDAQ:CELH) will pull off a 900-bagger like Monster did. But the stock has certainly been a mini-monster lately, running up 500% for its shareholders over the last year. Was that a fluke? Or are we seeing the beginning of another colossus in the energy drink market? Let's dive in. 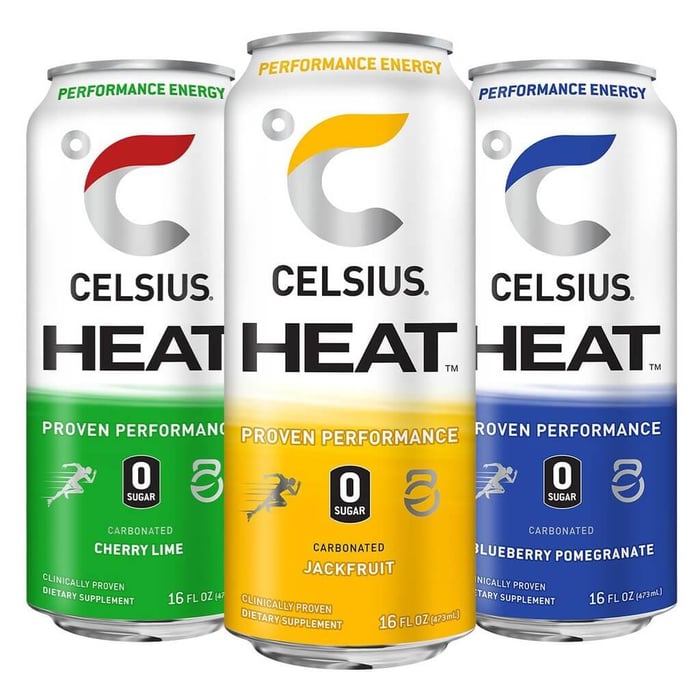 Part of the energy-drink phenomenon is to load up the soft drink with caffeine. Celsius has that in abundance. A 16-ounce can of Celsius Heat is pumped with 300 milligrams of caffeine. That's about twice the caffeine you might find in a can of Monster, and almost four times as much caffeine as you would see in a Red Bull. If caffeine is synonymous with an energy boost, Celsius is one of the strongest energy drinks on the planet.

This is rather surprising. After all, Monster has a "bad boy" image, with its claw marks on the can, and its sponsorship of "extreme" (i.e. dangerous) sports. Is Monster bad for you? I would argue that's the subliminal idea of its brand: Monster has a lot of caffeine, and if you drink it, you will turn into a monster athlete, or maybe a monster on the Xbox.

Celsius flips this understanding on its head. The company rejects a bad-boy image, and decides that its brand will be sold as scientific. The company is named for the Celsius scale, invented in 1742 by the Swedish astronomer Anders Celsius. On its website, Celsius talks about its "science-backed sustained energy." The company has even paid for scientific research on the question of whether its energy drink helps people lose weight.

Is Celsius good for you? Certainly the branding suggests as much. Celsius has no sugar and no high-fructose corn syrup. But its main claim is that it's a fat-burning drink, one that increases your metabolism in your workouts. Most diet drinks just keep you from adding new calories; Celsius says that it helps you burn off fat.

It's probably the high amount of caffeine in the drink that increases your metabolism. So while Monster has made a lot of money with its controversial, highly caffeinated Monster energy, our question is whether Celsius can make a lot of money with what it says is a science-derived fitness drink, which has way more caffeine than the market leaders.

How high can this non-Monster go?

Right now, Celsius has wonderful growth rates. In its most recent quarter, the company reported that sales have shot up 86% from a year ago. And the stock has gotten very expensive. Its price-to-earnings ratio is over 2,000. In its second quarter, Celsius had $30 million in revenue, and yet its market cap is $1.5 billion.

Monster Beverage pitches its drink to "athletes, musicians, anarchists, co-eds, road warriors, metal heads, geeks, hipsters, and bikers." There's a lot of fantasy in the marketing for Monster Beverage, and a lot of humor. Contrast the Celsius pitch: "When combined with exercise, our formula is clinically proven to boost your metabolism and help you burn body fat."

Celsius is kind of a nerdy brand. Of course, "fitness nerd" might be a sizable niche opportunity. But as investors, we might want to be wary of high-growth stocks in a niche market. When I think "fitness nerd," I think Fitbit. What happened to the investors who got excited about the growth opportunity in fitness-tracking technology? 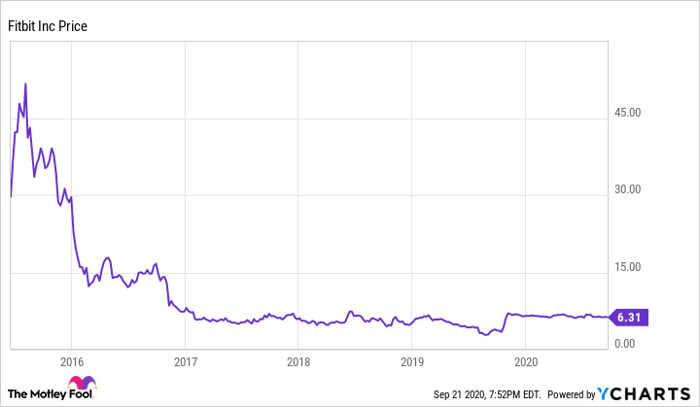 The people who drink a Celsius before their workout in order to burn calories are the same people who want to track how many steps they are walking. It's a niche market with limited appeal.

You want to invest in companies with goods or services that become wildly popular in the mass market. That's the sort of stock you can hold for five, 10, 20 years or more. But with a fast-growing stock in a niche market, what happens when the stock dominates its niche but can go no further? Your sales growth stalls, your stock multiple shrinks, and your stock chart looks like you've fallen off Mount Everest.

Early investors in Monster Beverage got rich because the beverage catapulted from an unknown entity into a hugely popular mass market drink. Right now the long-term upside for Celsius appears rather limited. It's a drink for workout fanatics. So while the stock might double or triple from here, I would be wary of this one.