A change in ownership could be in the cards for U.K. gambling giant William Hill.

As of early this morning, the odds appear to be shifting in Caesars' favor.

This Bookie Is No Rookie
William Hill has been taking action from punters (British-speak for gamblers) since it was founded in 1934 as a postal and telephone betting service.

It became one of the earliest companies to open betting shops in the U.K. when they were legalized in 1961.  At its peak in the 1970s, William Hill operated more than 14,000 shops.

As U.S. gambling laws have loosened in recent years, William Hill has expanded its stateside operations.  William Hill has an existing partnership with Caesars to offer sports betting in its 54 casinos in exchange for a 20% stake.

The Latest: Early this morning Caesars said it was in "advanced talks" to acquire William Hill in a deal valued at £2.9bn.  Caesars threatened that if Apollo should ultimately prevail, it would cut its joint venture with William Hill. 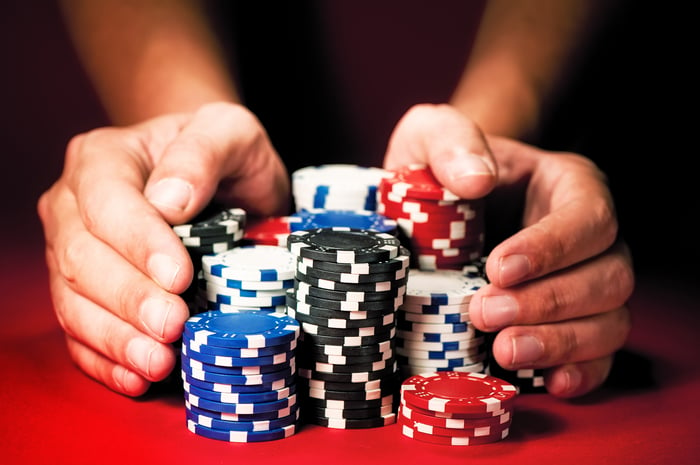 Gambler's Paradise
The gambling market is a different story on both sides of the pond.

In the U.K., increased regulatory scrutiny, such as a £2 stake limit on certain betting terminals, has crimped local operators.  In August, William Hill announced it would permanently close 119 betting shops as more punters shift online.

In the U.S., on the other hand, the market is on fire:

The Takeaway: While U.S. slot-machine and table game revenue is down 45% and 46% respectively through July, sports-betting revenue was up nearly 19%, and online casino revenue has tripled to $778 million.  Gangbusters.