Around two-thirds of the cuts will be made to the company's theme park workforce.

Walt Disney (DIS 0.43%) is biting the bullet and enacting a large round of job cuts. It was revealed after market hours Tuesday that the company informed its employees it is cutting 28,000 workers in its sprawling parks, experiences, and products business segment. The majority of these eliminations will come at the entertainment giant's two signature U.S. theme parks, Disneyland in California and Florida's Walt Disney World.

Of the two, Disneyland is still closed due to a mandate from California Governor Gavin Newsom. The park employed approximately 32,000 employees before the coronavirus pandemic hit and widespread furloughs were announced.

Walt Disney World, meanwhile, reopened with restrictions in July. Prior to that, around 77,000 people worked there. 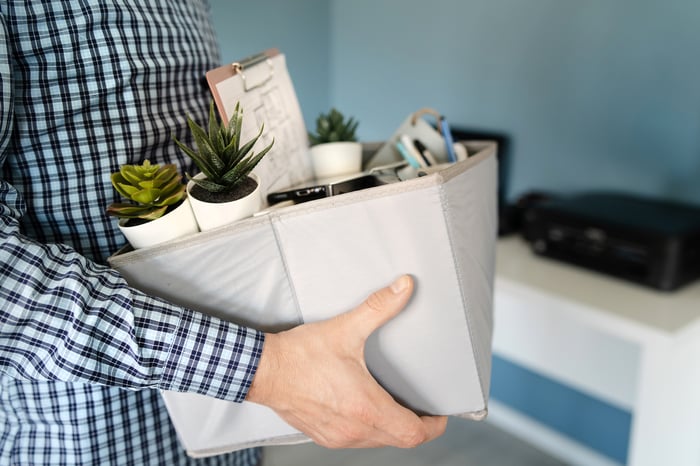 "As heartbreaking as it is to take this action, this is the only feasible option we have in light of the prolonged impact of Covid-19 on our business, including limited capacity due to physical distancing requirements and the continued uncertainty regarding the duration of the pandemic," wrote the chairman of parks, experiences and products, Josh D'Amaro, in the company's email announcement to its workers.

Roughly 67% of the jobs being cut are part-time positions; the remainder consists of full-time employees, including managers and even executives.

Disney's theme park and hospitality operations have been dealt a terrible blow by the coronavirus pandemic. In the company's most recently reported quarter, the segment's revenue fell by a devastating 85% on a year-over-year basis, by far the worst showing of the company's four divisions.

On Tuesday in after-market trading, Disney's shares were down by 1.3%. Over the course of the standard trading day, they declined 0.5%, basically in lockstep with the decline of the S&P 500 index.