Shares of The Container Store (NYSE:TCS) were soaring 25% in late afternoon trading Thursday after the New York Post ran a story connecting the retailer to a new Netflix (NASDAQ:NFLX) series that began airing last month.

The Netflix show Get Organized with The Home Edit began airing on the streaming service on Sept. 9, but the Post article noted The Home Edit had 1.7 million Instagram followers; almost one month later, that's more than doubled to 3.9 million. 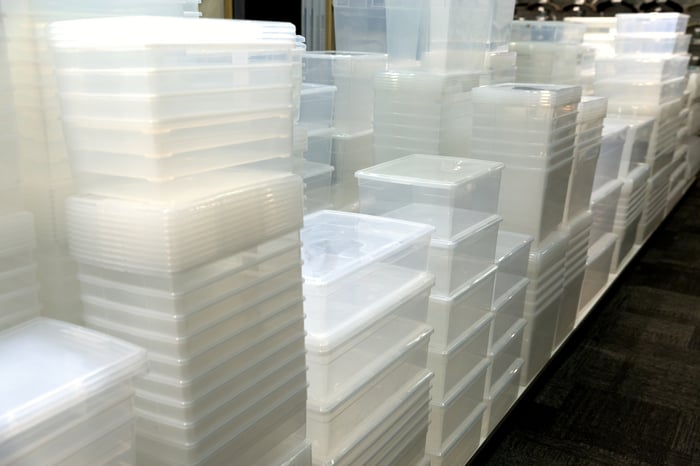 The hosts also partnered with The Container Store to have their branded products sold in its stores, and every episode of the show features products only available at the retailer. Critics charge it makes the Netflix series a long-running Container Store advertisement.

Earlier reports have suggested the series will be responsible for higher sales at The Container Store, and its stock has doubled in value since the show began airing.

Yet that seems a fairly thin reason to buy into the stock. Such shows typically have their moment in the spotlight then fade. It wasn't all that long ago Marie Kondo was the home-organizing flavor of the month, and her original premise of getting rid of clutter, not buying more stuff -- at least until she started selling her own products -- made a lot of sense to viewers.

Still, the prominence with which The Container Store is featured in The Home Edit could drive lots of consumers to buy storage bins there.