Exciting September IPOs were bid up as the next big thing, but you should probably just invest in the current big thing.

In September, the biggest financial story wasn't the upcoming election, presidential debates, or taxes; it was IPOs. In fact, did you know September was an all-time record for initial public offerings? Momentum isn't slowing down: New York Stock Exchange President Stacey Cunningham predicts that October will have a similar number of new issuances.

Unprofitable but high-growth tech companies such as Snowflake, Palantir, JFrog, and Unity Software rushed to market this summer, as technology company shares have surged to all-time highs amid COVID-19. That went double for the new IPOs, which quickly surged to incredibly high valuations.

Of course, paying up for an exceptional company isn't necessarily the wrong move. After all, Amazon looked quite expensive for most of its corporate life, but that hasn't stopped it from going on to make IPO investors over 2,000 times their money since its 1997 IPO. So who's to say that one of these new companies isn't the next Amazon?

While I can't discount that possibility, do you know which stock I'd rather buy in October? 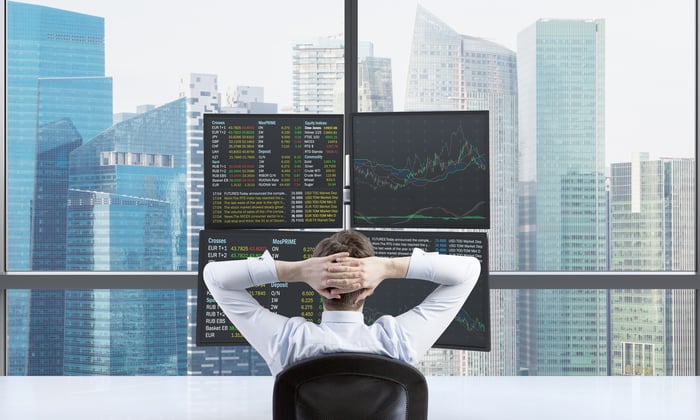 Believe it or not, Amazon still has a lot of growth ahead of it

At first, one might say, "Well, isn't Amazon also trading at a rather pricey-looking valuation, just like these IPOs?"

Yes and no. First, it's well known that Amazon has always reinvested almost all of its profits back into growth in its e-commerce business, as well as new technologies. This policy means that Amazon's true earnings power is probably underrated by a wide margin.

Despite its massive size, Amazon's giant share of e-commerce only accounts for about 7% of all U.S. retail sales -- and much less of global retail, where Amazon has been expanding in Europe, Asia, and the Middle East. Meanwhile, despite its dominance in cloud infrastructure, that market is giant and growing, currently on a $140 billion annual run rate and growing 31.4% last quarter.

While new IPOs such as Snowflake, Palantir, JFrog, and Unity all have large growth opportunities as well, their total addressable markets aren't nearly as big as the entire retail sector, or even the cloud infrastructure-as-a-service industry. In other words, Amazon's opportunities in multiple markets are much, much larger than the opportunities for these new IPOs. They call Amazon "The Everything Store" for a reason.

Amazon is growing almost as fast as these companies

Meanwhile, it's not like Amazon is some slow-growing, lumbering giant. The company's 40% revenue growth last quarter is actually on par with several of these IPO companies, and its valuation is much lower.

If you were to cover up each company's name and just look at the numbers, it wouldn't be a contest which stock is the best buy. Amazon is much bigger than these other companies. It got an accelerating boost from the novel coronavirus pandemic, but its recent growth is still incredibly impressive, and who's to say these other companies didn't benefit from a "COVID-19 bump" as well? That actually appears to be the case with Palantir, which saw its revenue accelerate in the first half of the year as its government clients greatly increased their spend amid the pandemic.

Since it operates in much bigger markets, Amazon can maintain higher growth rates at a larger scale than these other companies. Not only that, it even competes with most of the above companies as well in certain cases. Therefore, it shouldn't be written off just because it's bigger. 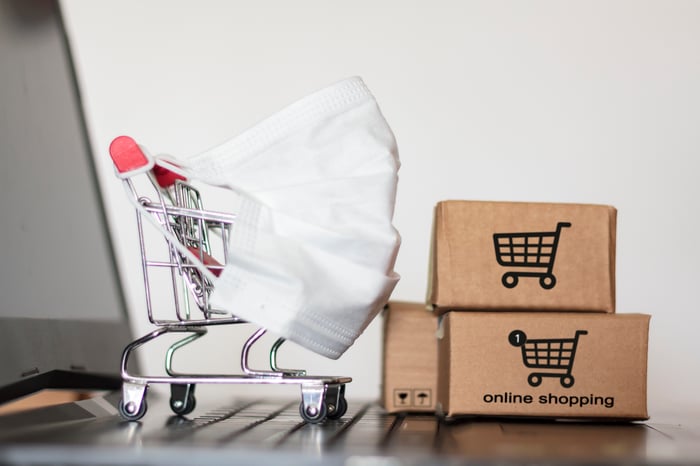 Though the hot IPO stocks mentioned above got the lion's share of attention last quarter, Amazon itself announced several exciting developments even in segments where it hasn't gained a lot of traction to date. These under-the-radar stories included the rollout of Amazon luxury stores-within-stores on its website, along with the opening of its new Amazon Fresh grocery model. Just this week, the company introduced technology that can check you out of a store by scanning your palm.

All of these new initiatives could greatly expand Amazon's role in luxury goods and grocery -- segments it's been attempting to penetrate for years.

Amazon has actually pulled back more than 10% from its recent all-time highs. Some investors likely sold existing tech holdings like Amazon in September to raise cash for all the new IPO stocks coming to market.

Instead of selling Amazon to chase the "next Amazon," I'd rather take the other side of that trade and just buy the real thing.