Shares of the winter-gear specialist jumped on some positive analyst chatter and hopes for a rebound in sales.

Shares of Canada Goose (GOOS 5.05%) were flying higher last month even though there was little company-specific news out on the maker of luxury parkas. Instead, the stock seemed to rise on third-party reports that sales of winter gear were spiking because of the pandemic, and on a pair of bullish analyst notes. According to data from S&P Global Market Intelligence, the stock finished the month up 31%.

As you can see from the chart below, the stock gained steadily over the course of the month, and then popped on an upgrade on Sept. 30. 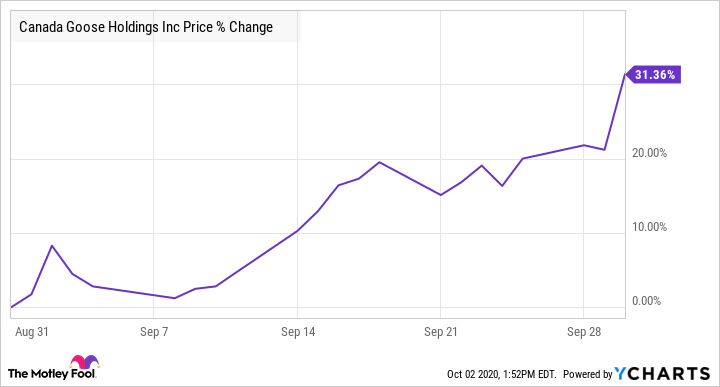 Early in the month, reports came in from various sources that Americans were stocking up on winter gear, likely in anticipation of a season where socializing indoors would be difficult, putting greater value on outdoor recreation. L.L. Bean's CEO said that just as sales of bikes and boats had spiked in the spring and summer, shoppers are now hunting for snow shoes, flannel, and fleece. Colorado retailers reported a spike in sales of backcountry gear, and those trends should boost sales of Canada Goose jackets, which are known to keep wearers warm at subzero temperatures. 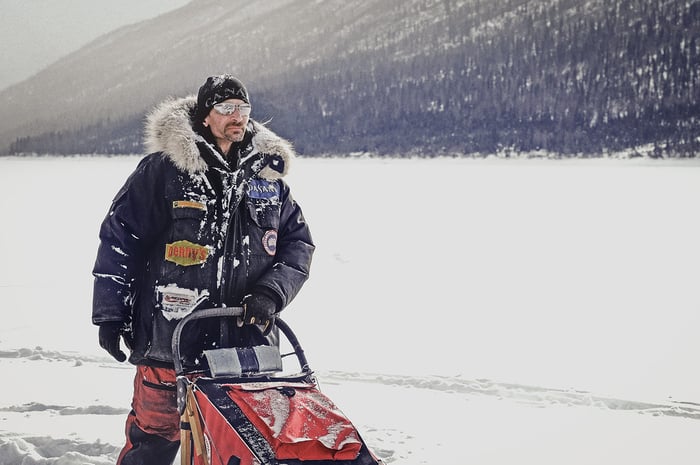 Investors will have to wait until November to get an update from the luxury brand to see if it's gaining any traction with winter sales. Its first-quarter report showed revenue diving sharply in a seasonally slow quarter during the height of the lockdowns, but demand for winter gear and limited options for spending money could drive a recovery as the weather turns colder.