MarketAxess' electronic trading platform is earning it more market share -- and its valuation is growing, too.

You are likely already familiar with the numerous trading platforms available for stocks and options. MarketAxess (MKTX 0.26%) created a platform similar to this, except it is focused on trading credit instruments such as U.S. corporate bonds or emerging-market bonds for large-scale investors. And it's done a great job of solving a longtime problem in credit markets -- a lack of liquidity.

The company's proven trading platform -- called Open Trading -- makes it easy for market participants to complete transactions in credit-based instruments more quickly and efficiently than ever before. This means those investors can more easily find buyers or sellers at a moment's notice.

MarketAxess' innovative solution to an age-old problem has paid off well -- and it shows in its strong growth of revenue and net income over the years. Not only is long-term growth steady, but the company has actually seen growth accelerate in 2020 thanks to a big increase in trading volumes.This has led to a big increase in share price, with the stock up 26% on the year and a price-to-earnings ratio near 70, giving the company one of its highest valuations ever. Investors are left wondering -- is it still a good time to buy MarketAxess? 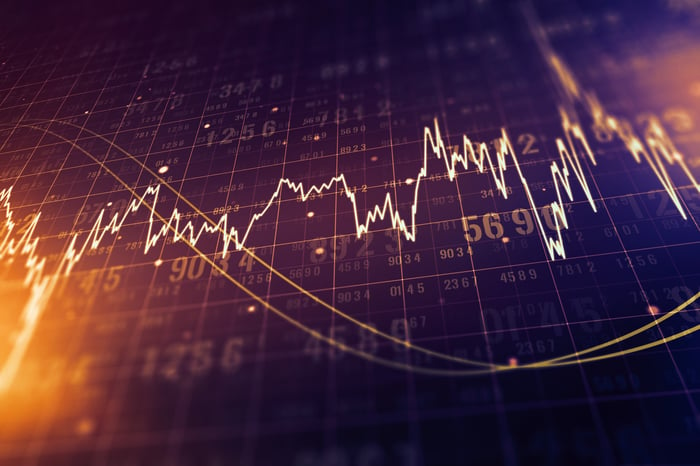 MarketAxess initially started out connecting dealers to corporate-bond investors electronically in the early 2000s. There was one problem, however -- traders at investment firms were resistant to adopt the new technology. That changed when the financial crisis hit and bond trading froze on Wall Street. The crisis triggered a behavioral shift in investors, who were now looking for solutions that would increase liquidity in the bond markets.

New bank regulations that came out of the crisis made it expensive for dealers to carry big bond inventories. This forced investors to seek out ways they could trade bonds with one another. BlackRock made an attempt to solve this problem in 2012 by creating a platform with large asset managers. However, BlackRock quickly realized it needed a broader network -- which MarketAxess had -- and they worked together to ultimately create the Open Trading platform.

The Open Trading platform has grown, and has helped MarketAxess capture an increasing share of the U.S. credit markets. In the most recent quarter, the company saw its share of the U.S. high-grade bond market and U.S. high-yield bond market jump to 21.5% and 10.4%, respectively. This was up from five years ago, when it commanded 14.6% and 5.6% of these markets.

The company has seen credit trading volume grow at a 16% annual rate since 2015, with total trading volume topping $2 trillion in 2019. Credit trading volume continues to grow in 2020, with volume in the most recent quarter up 87% over the prior year, totaling $241 billion in the second quarter thanks to higher volatility in the markets.

The strong and steady growth of the trading platform has helped the top and bottom lines for MarketAxess -- as the company brings in over 90% of its total revenue from commissions for transactions on its platform. Since 2015, the company has seen revenue grow at a steady 9.7% compounded annually, while net income has grown 14.3% over that same time period. Investors have been rewarded nicely, with the stock up 40% on an annual basis since 2015.

While the growth of the trading volume and earnings is good, this company has one huge advantage over its competitors -- strong network effects.

The network effect is the indirect value that goods or services gain as more people use them. You are probably most familiar with it from social media companies like Facebook and Twitter -- each new user makes those platforms more valuable to the users already there and more attractive to those who haven't signed up yet.

For MarketAxess' Open Trading platform, the network effect is extremely important to its growth. The company wants as many market participants as possible on its platform exchanging bonds and other credit instruments. As these instruments become more liquid on the platform, more market participants will be attracted, thus creating a positive feedback loop for growth.

The company's advantage to building this network effect was creating one of the earliest electronic credit trading platforms. Thanks to its partnership with BlackRock in 2012, MarketAxess has built up a huge network of institutions and broker-dealers, giving it a strong economic moat as a result.

The number of active participants on its platform has increased 113.3% since 2014. In 2019 over 1,100 market participants have benefited from using the Open Trading platform -- specifically, the platform has saved liquidity providers $174.7 million and liquidity takers $209.8 million, according to annual filings.

However, MarketAxess isn't without risk. This year the company, has seen record credit trading volumes on its platform due to high volatility in credit markets. The company has also been a beneficiary of record corporate debt issuance during the year. According to the Securities Industry and Financial Markets Association, companies issued $1.7 trillion in debt through the end of August, nearly twice as much as the $944 billion in issued during the same period last year. If volatility in the credit markets decreases and corporate debt issuance slows down, it is likely that trading volumes on MarketAxess' platform will decline -- causing a decrease in total commissions for the company that may not support the company at its current valuation.

Great company, but is its valuation too high?

MarketAxess has continued to deliver on its value proposition -- to deliver substantial cost savings, new market liquidity, and greater trading efficiency. As a result, its stock has performed very well, returning over 551% since 2015, and its price-to-earnings ratio is near 70, which is high above its five-year norm around 50. That prompts our next question: Is its stock overvalued?

MarketAxess has proven to be a great company, providing a much-needed solution to credit markets, and it has rewarded investors nicely. Bottom-line growth has supported its rising share price even while multiples have remained high. Its current valuation may ultimately be justified, as the company continues to set the bar higher with its growing customer base and market share. However, at its current valuation, investors are expecting MarketAxess to continue its strong growth of its trading platform and commissions revenue. Long-term investors might be better off buying a little today and dollar-cost averaging into the stock over time as protection against future volatility.

Randi Zuckerberg, a former director of market development and spokeswoman for Facebook and sister to its CEO, Mark Zuckerberg, is a member of The Motley Fool's board of directors. Courtney Carlsen has no position in any of the stocks mentioned. The Motley Fool owns shares of and recommends Facebook, MarketAxess Holdings, and Twitter. The Motley Fool has a disclosure policy.