The online sports betting company's shares are up 250% since it went public earlier this year.

Shares of online fantasy sports and sports betting company DraftKings (DKNG 1.30%) are down 7% today, as of 11:30 a.m. EDT. After a huge run following its April 2020 initial public offering (IPO), investors are taking some profits after a company announcement this morning.

DraftKings announced today it will be issuing new shares of its common stock, diluting existing shareholders after a strong performance in its first six months of trading. 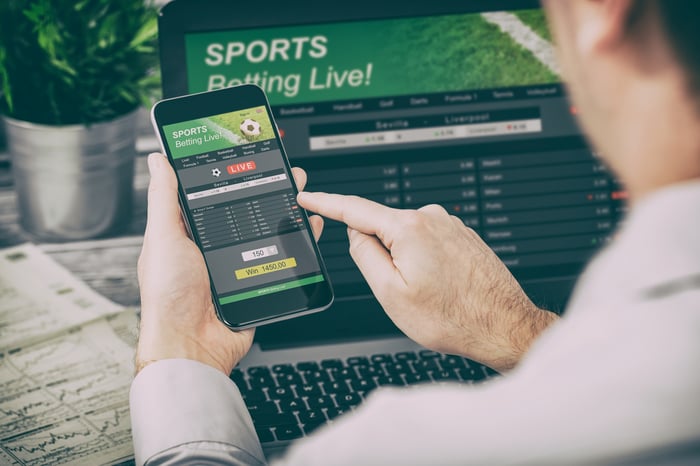 In addition to the 16 million new shares being offered, the company said underwriters could purchase another 4.8 million shares. DraftKings said its share of the proceeds will be used for general corporate purposes.

It's not uncommon for companies to take advantage of high valuations to raise new capital in the markets. Shares of the still-unprofitable company had advanced about 275% from its IPO to its closing price on Friday.

With a market capitalization still over $20 billion after today's drop, the company is trading at over 50 times sales, even considering its estimated revenue growth rates. With the company raising capital at these levels, investors apparently decided to cash out some profits today, too.