Shares of the mortgage-origination specialist pulled back on imperfect guidance in its earnings report.

Shares of Rocket Companies (RKT -5.68%) were slumping last month after the recent IPO turned in an earnings report, its first as a publicly traded company, that didn't quite live up to investor expectations. According to data from S&P Global Market Intelligence, the stock finished the month down 29%.

As you can see from the chart below, the stock plunged early in the month on the earnings report and continued to slide as investors are still debating its valuation. 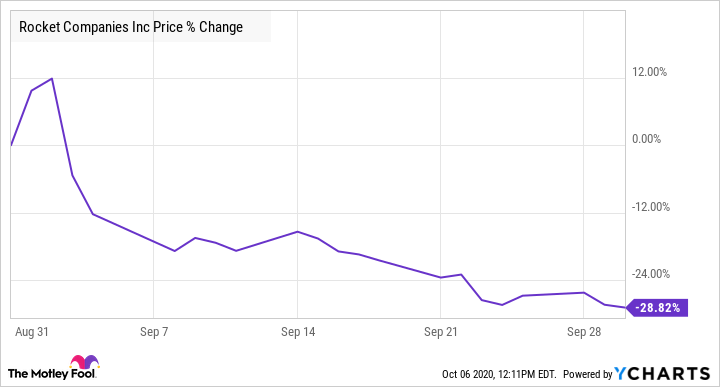 Rocket Companies, the country's biggest mortgage originator and parent of Rocket Mortgage and Quicken Loans, posted blowout numbers in the second-quarter earnings report with adjusted revenue jumping 152% to $5.31 billion, easily beating estimates at $3.75 billion. The company benefited from a wave of new mortgage applications as mortgage rates plunged to historic lows and loan-origination volume rose 126% to 72,324. 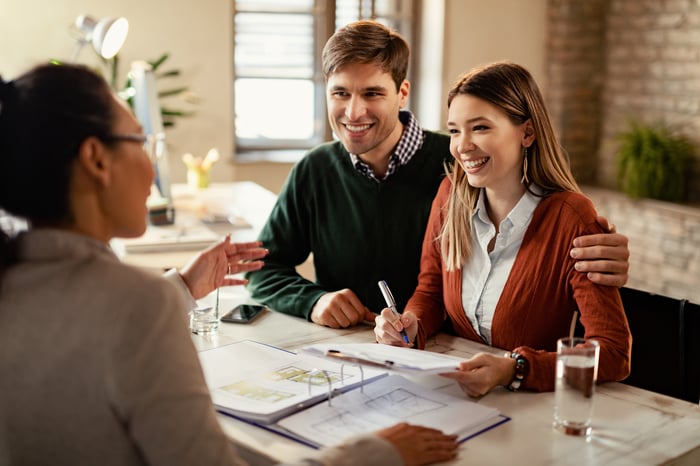 Bottom-line numbers were even more impressive as adjusted earnings before interest, taxation, depreciation, and amortization (EBITDA) rose by nearly 10 times to $3.86 billion, and adjusted net income was up almost 11 times to $2.89 billion. That translated into earnings per share of $1.43, based on shares outstanding following its IPO.

Despite the strong results, the stock fell 15% as investors seemed disappointed with the guidance, which called for closed loan volume to jump 105% to 112%, or $82 billion to $85 billion, but that represented a sequential slowdown from the 126% growth rate in the second quarter.

The following week Rocket stock got its first analyst downgrade as Susquehanna lowered its rating from neutral and negative, saying that investors were overly optimistic about the valuation and prospects. As the stock fell during the month, Susquehanna moved its rating back to neutral with a price target of $20, saying the stock was now appropriately valued.

Despite the sell-off, Rocket is still trading above its $18 IPO price, showing that the pullback may be partially due to post-IPO euphoria. While Rocket should be able to deliver high growth, the kind of numbers we just saw owe more to the boom in the mortgage industry than any particular attribute of the company. Investors should expect the growth rate to gradually moderate and profits to come back down to earth.