The rising tide doesn't lift all cruise line stocks the same way. Let's see why the biggest player is a smarter investment that than the small fish.

By now you're either intrigued by the upside of one of this year's hardest-hit industries or you're convinced that cruise line stocks aren't bouncing back anytime soon. All three stocks in this space -- industry leader Carnival (CCL 0.30%) (CUK -0.34%), market darling Royal Caribbean Cruises (RCL -0.66%), and spunky bronze medalist Norwegian Cruise Line Holdings (NCLH -0.48%) -- have taken a dive in 2020. 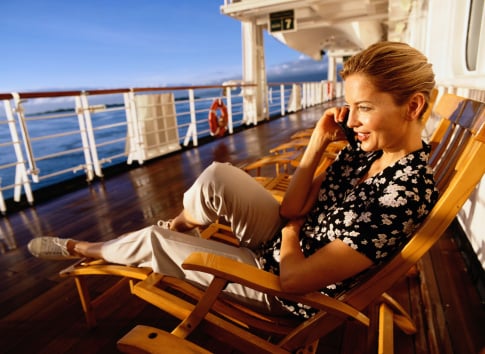 It's a fire sail

Like many businesses, Carnival, Royal Caribbean, and Norwegian Cruise Line had to suspend operations when COVID-19 finally hit too close to home. However, while most industries have returned to some level of operation, the cruising sector is running aground. We're now seven months into the disruption, and there's no saying when operations will resume as the Centers for Disease Control and Prevention plays chicken with the industry.

The risks are high, and the potential rewards are even higher. However, the opportunity for investors here isn't just either buying or shorting the entire basket of cruise line stocks. They're not built the same.

Carnival has leverage as the industry's largest player. It has raised $12.5 billion through financing transactions since March. It had $8.2 billion in cash and equivalents at the end of August. Norwegian Cruise Line operates on a different fiscal year, but it had just $2.3 billion in cash on its balance sheet at the end of June.

Norwegian Cruise Line bulls will argue -- and rightfully so -- that this isn't a complete picture. It needs less money to stay afloat. Carnival's cash burn rate is down to $530 million a month. Norwegian Cruise Line's goal is just $160 million a month during the lull. However, with everyone bracing for a slow recovery, with both companies posting losses until at least 2022 liquidity still matters.

Carnival has the size to do things the right way. Heads turned as it announced that it was disposing 18 ships this year that accounted for 12% of its revenue, but these were less efficient vessels accounting for just 3% of its operating profit. The industry's largest player can do this a lot easier than a distant third-place finisher.

Norwegian Cruise Line also has the least confident customer base. We're now up to 60% of its passengers on canceled sailings asking for a cash refund at Norwegian Cruise Line. Carnival is at 55%, with Royal Caribbean holding up even better. This is a metric that ultimately measures loyalty.

In terms of the future, both operators are in the same boat. They're both seeing weak advance bookings for the first half of fiscal 2021, but both are seeing reservations for the second half of next year at the high end of their historical ranges. The real test awaits once the cruise ships are sailing again and passengers assess the experience in the new normal. Then we have to see where we are in terms of the recession, because Norwegian Cruise Line sailings tend to cost a bit more than the average Carnival getaway.

With so many unknowns about the viability of cruising it's hard to take a chance on anything other than the clear survivors. Royal Caribbean will bounce back first as the one with the historically highest margins. Carnival will naturally stick around as the largest player. Norwegian Cruise Line could be the weakest link of the three if one of them should happen to buckle. They may all very well make it through this, but this is not the time to gamble on the riskiest of the three -- the only one that wasn't paying a dividend before the industry shut down -- when Carnival is there for the taking.