Despite lower profitability, the company remains well in the black during these challenging times.

It's rare when a company returns federal money. It's rarer still when that money amounts to billions of dollars. Yet that's the situation with top U.S. hospital operator HCA Healthcare (HCA 0.23%), which aims to return gobs of government largesse from whence it came.

All told, HCA announced that it's planning to return roughly $6 billion, $1.6 billion of which consists of federal COVID-19 grants and $4.4 billion in Medicare loans. Both were provided as part of the government's Coronavirus Aid, Relief, and Economic Security Act (CARES) passed in the early stages of the current pandemic.

HCA benefited from the loans and grants bestowed upon operators of healthcare facilities to help keep them afloat.

The company is pay those funds back because it continues to thrive, even though many elective surgeries have been postponed or canceled in the face of the coronavirus. 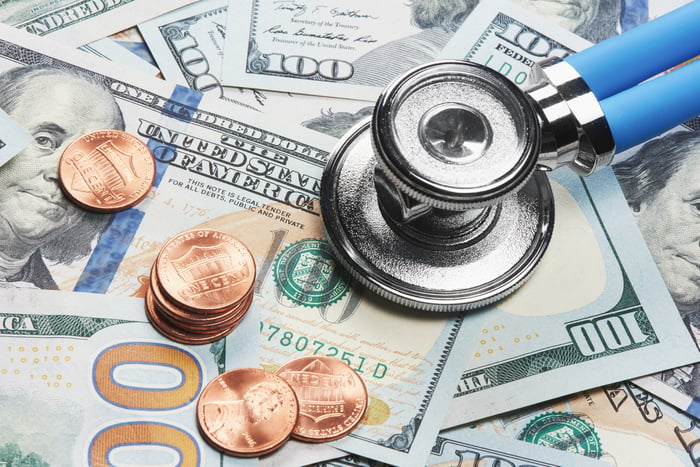 Last week HCA published a "preview" of its Q3 of fiscal 2020 results, indicating year-over-year revenue growth approaching 5%, to an estimated $13.3 billion. It is also projecting only a relatively modest drop in profitability, with non-GAAP (adjusted) EBITDA -- earnings before interest, taxes, depreciation, and amortization -- sliding to around $2.03 billion from the year-ago result of almost $2.29 billion.

"During the early days of the pandemic, the Company took a conservative approach which included a number of actions to meet the operational and financial challenges this global health crisis was expected to present," HCA explained in the press release heralding the preliminary Q3 figures.

The company did not provide a timetable as to when it would repay the federal grants and loans.