Robinhood has certainly become the go-to app for young investors in 2020. While the financial services company and stock-trading platform has its critics, millennial investors flocked to its app in record numbers following the equally record-breaking stock market plunge and subsequent recovery that transpired earlier this year.

While some of these Robinhood investors' stock choices have been downright risky, there are also high-quality stocks in the list of most popular stocks being held by its users.

Let's look at three high-growth stocks that have been among their top choices in recent weeks and why other investors should consider adding these companies to their portfolios as well. 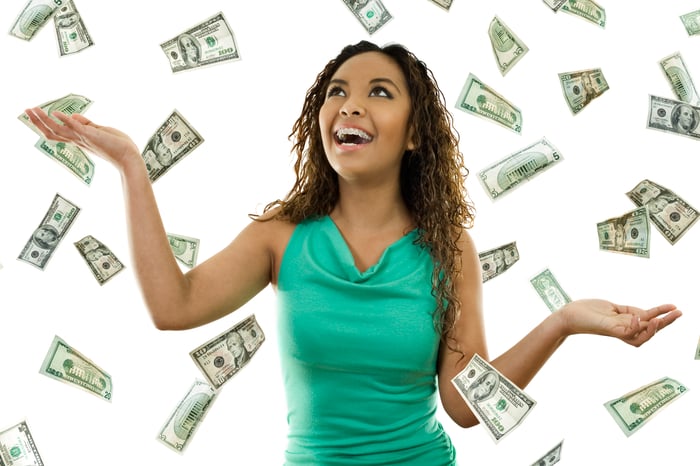 1. Amazon: an e-commerce buy for any portfolio

Robinhood investors have been enamored with Amazon (NASDAQ:AMZN) recently, buying up stock in the e-commerce giant like it's going out of style. The world's largest online shopping destination is also the fourth-most popular stock on the Robinhood app this month.

With the onset of the pandemic, Amazon experienced a growth spurt that will likely continue for the foreseeable future. The company was already the digital destination for the majority of consumers in the U.S. The company's loyalty program, Amazon Prime, closed out 2019 with an estimated 112 million subscribers. That means that of the roughly 129 million households in the U.S. (according to data compiled by Consumer Intelligence Research Partners), almost 87% contain an Amazon Prime subscriber.

Many new shoppers pivoted to e-commerce, while others made many more of their purchases online, as evidenced by the surge in Amazon's revenue growth. Net sales in the first quarter jumped 26% year over year but accelerated to 40% in the second quarter, marking the highest quarterly growth rate Amazon has generated in two years.

Even more impressive was the bottom line. After warning shareholders that it would spend all of its operating profit of more than $4 billion on worker protection and other coronavirus-related expenses, Amazon produced a net income of $5.2 billion, nearly doubling year over year, even after the aforementioned expenditures.

Once shoppers experience the ease and convenience of shopping online, there's no going back. Add in the company's industry-leading, cloud-computing operation -- Amazon Web Services (AWS) -- its extremely sticky Prime subscriber program, and its forays into streaming video, music, and gaming, it's easy to see why Amazon is a favorite among Robinhood investors. 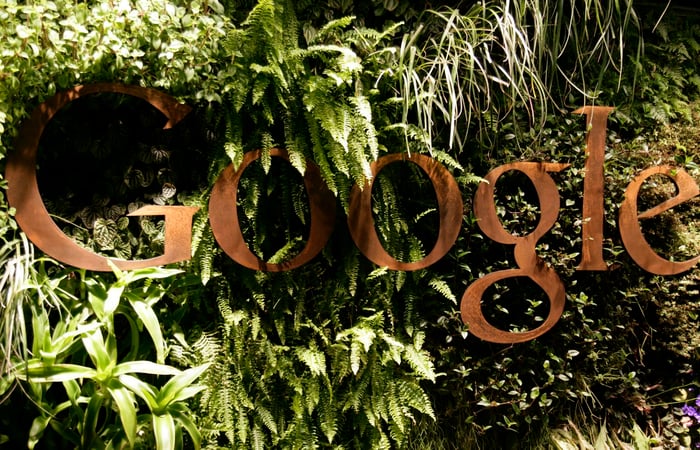 Investors on the Robinhood platform were no doubt attracted to Alphabet (NASDAQ:GOOGL) (NASDAQ:GOOG) for its flagship, Google Search, which is not only a household name but also became an unofficial verb -- as in "to google." Robinhood investors "searched" long and hard before settling on Alphabet, which has become the seventh-most popular stock on the investing platform.

And there's plenty to like. Google maintains a stranglehold on worldwide internet searches, with nearly 93% of the market by some accounts. This dominance helped the company become the largest digital ad seller in the world. Last year it was responsible for 31% of worldwide ad spending at more than $103 billion. To put that in context, Facebook came in second with $67 billion.

If that weren't enough, let's not forget that Alphabet's Waymo is currently the undisputed leader in the race to produce a viable self-driving car. The company has even begun raising external funding from private equity firms and adding key partners in order to expand its business. This moonshot project isn't yet producing a profit, but the market opportunity is vast. The global self-driving car market is estimated at $56 billion this year and is expected to grow to $220 billion by 2025, according to Market Data Forecast.

It's important to note that Alphabet's growth has been put on pause by the pandemic as the result of a pullback in ad spending, but a look back helps provide context. For 2019, revenue grew 20% year over year after 22% gains in 2018. There's no reason to think that growth won't return once the pandemic is in the rearview mirror.

With multiple ongoing and potential catalysts, it isn't surprising their search led Robinhood investors to Alphabet. 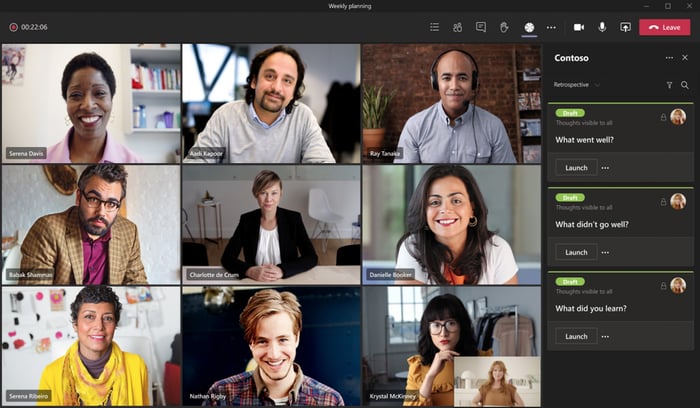 3. Microsoft: something for all ages

Investors on the Robinhood app are attracted to Microsoft (NASDAQ:MSFT) like their parents before them but likely for very different reasons. The tech giant is extremely popular on the trading platform, clocking in as the eighth-most popular investment.

Investors who have been around for a while were no doubt attracted by Microsoft's dominance of the operating system market and the ongoing cash-machine that is Office 365, both from its productivity and business-processes segment. Millennial investors are likely more familiar with the Surface series of laptops and tablets as well as the Xbox gaming products from the company's more personal-computing segment.

Both generations no doubt agree on the potential for Microsoft Azure, its cloud-computing segment that's giving AWS a run for its money and is widely considered to be running a close second. Additionally, in the midst of the pandemic, there's almost nobody that hasn't heard of Microsoft Teams, its video-conferencing, and its work-collaboration platform.

Regardless of how they got there, Microsoft has a little something for everyone. Even in the midst of the pandemic, the tech giant continued its top-line growth. In its fiscal fourth quarter (ended June 30), revenue grew 13% year over year, while operating income climbed 8%.

The company continues to invest aggressively in infrastructure, particularly as it expands its growing cloud-computing empire. Microsoft recently revealed that its commercial cloud surpassed $50 billion for the first time during the trailing 12-month period.

With the combination of legacy products that generate plenty of recurring revenue and new high-profile, high-tech businesses with a long runway, it's little wonder that Robinhood investors -- and their parents -- agree on Microsoft.