With shares up 158% in 2020, investors in the social media company are pinning their hopes on Q3 results that will keep the upward momentum going.

Pinterest (PINS 0.96%) is slated to report its third-quarter 2020 results after the market close on Wednesday, Oct. 28.

The image-sharing platform operator is heading into its report on a strong note. In the second quarter, it breezed by Wall Street's estimates for both the top and bottom lines. Investors sent shares soaring 36% the day after results were released.

The COVID-19 pandemic hurt revenue growth in the first and second quarters because many businesses were temporarily shuttered and cut back on advertising, which is how Pinterest makes its money. Investors should see an easing of this headwind in the third quarter, as more businesses have since resumed at least some operations. 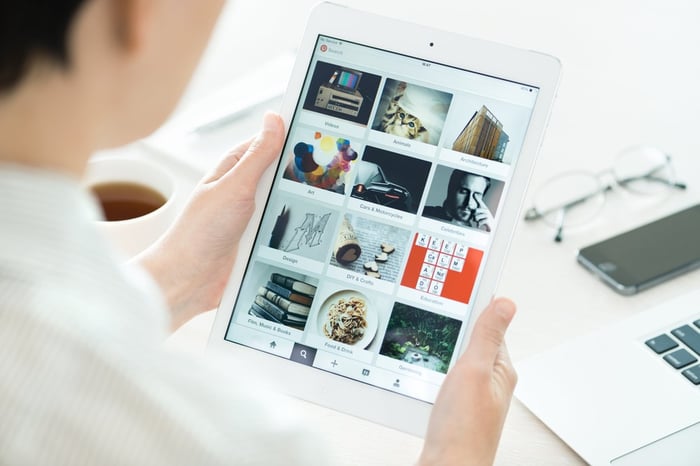 Revenue performance should prove more important (relative to moving the stock) than earnings performance. Demonstrating the ability to rapidly grow revenue is particularly important for tech companies that are relatively new to the public markets.

For context, in the second quarter, Pinterest's revenue rose a modest 4% year over year to $272.5 million, though that was good enough to easily beat the approximately $255 million that Wall Street was expecting. Adjusted for one-time items, the loss per share widened 17% to $0.07. That result was significantly better than the analyst consensus estimate of an adjusted loss of $0.13 per share.

Investors can probably expect a sequential improvement in average revenue per user (ARPU), a metric that has been hurt by the pandemic. Many businesses pared back their advertising spending in the face of pandemic-driven widespread temporary closures and uncertainty about the economic climate. In the second quarter, ARPU dropped 21% year over year to $0.70.

Investors will also want to focus on what's arguably the most important key metric, at least currently: monthly active users (MAUs). Last quarter, this metric jumped 39% year over year to 416 million. The pandemic has provided a tailwind to user growth because people are spending more time at home. 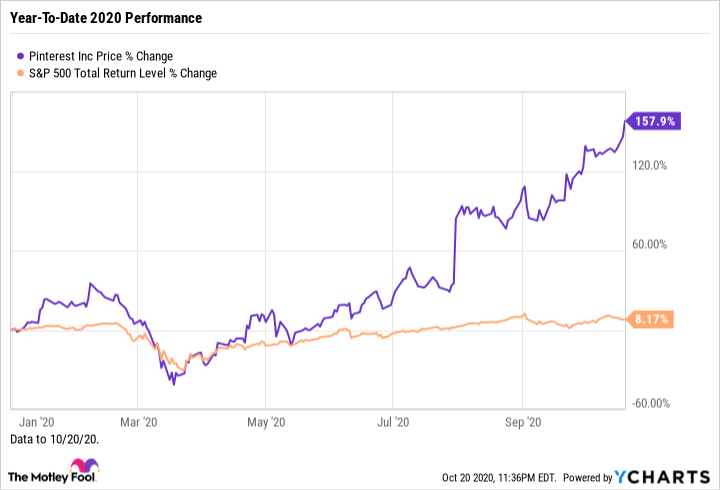 The market looks ahead. That means its reaction to Pinterest's report will probably hinge more on fourth-quarter guidance than third-quarter results, relative to Wall Street's estimates.

So investors should know Wall Street's expectations for the holiday quarter: Analysts are modeling for revenue to increase 32% year over year to $528.8 million and adjusted EPS to rise 50% to $0.18.

Again, Pinterest is scheduled to report its Q3 results after the market close on Wednesday, Oct. 28. An analyst conference is slated to follow at 4:30 p.m. EDT.