It has been a great year for many of the tech stocks. The digital economy is helping the world manage the pandemic, and business activity is being rerouted as a result. But not all tech stocks have taken off -- even though they should.

Three small companies still flying under most investors' radars are Limelight Networks (NASDAQ:LLNW), Magnite (NASDAQ:MGNI), and REPAY Holdings (NASDAQ:RPAY). All three companies are very small and that can lead to their stock prices being very volatile, which means your positions in each should also be kept small.

But these three under-the-radar stocks are among my top long-term picks. Here's why. 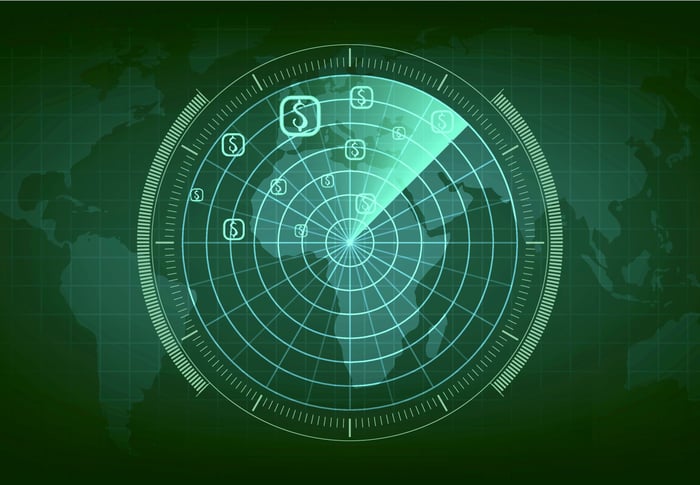 New stress is being put on the internet this year due to COVID-19, and fast-growing infrastructure firm Fastly has garnered all sorts of attention for how it is addressing the situation. Even after a big sell-off, shares of Fastly are up nearly 300% this year. But sporting "only" a 30% gain as of this writing, much smaller peer Limelight Networks isn't getting nearly the same amount of attention.

There's a good reason for this. The company specializes in video content delivery, and while it has gotten a boost from new TV streaming services going live, sporting events and the like have been hurt this year. The mixed bag has resulted in revenue of $175 million through the first nine months of the year, up 24% from 2019, and the full-year outlook for 2020 implies about a 17% year-over-year increase. At times this year Fastly has been growing at nearly triple that rate.

Nevertheless, over the longer term, Limelight has a promising business and a new end market to tap into: Edge computing. Internet data is getting moved out of the cloud and located closer to end-users to speed up response times and improve web application performance, and the company just launched its Edge Functions service during Q3 2020. It also raised $110 million in fresh cash via a convertible debt offering to support its expansion plans, leaving the company with $125 million in cash and equivalents and $100 million in debt at the end of September.

With a market cap of only $615 million, this tiny internet infrastructure company is going to be a volatile stock. But data traveling across the internet is a secular growth trend that will last for many years, creating enduring demand for Limelight's infrastructure services. And trading for a meager 2.5 times trailing 12-month sales, shares look like a serious long-term value to me.

Many investors have heard of The Trade Desk, and even more know Roku. Those two connected TV stocks are up a respective 136% and 67% so far this year. But Magnite? It's up just 19% as of this writing, despite having similar tailwinds as The Trade Desk and Roku working in its favor.

Magnite is a sell-side advertising platform with a particular slant toward internet-connected TV. In simple terms, media companies and producers looking for ways to monetize their content can turn to Magnite to list ad spots available for sale. With so much entertainment heading the way of the World Wide Web these days, there's little shortage of demand for digital promotion -- even though the pause button was briefly hit during the economic lockdown back in the spring.

Despite the brief blip, Magnite still reported a 12% year-over-year jump in revenue during Q2 2020 to $42.3 million. And that's what makes this company so attractive. It's a very small player in an industry that hauls in hundreds of billions in revenue every year, so there's lots of upside. And though Q2 was relatively sluggish, management indicated growth had picked up the pace as effects from the pandemic diminished. At the end of July, connected TV revenue growth was notching a 50% year-over-year increase.

Magnite does operate in negative free-cash-flow territory at the moment, burning through $16.7 million over the last year. But with $107 million in cash and equivalents on the books and no debt, this company has ample room to focus on expansion in a fast-growing industry. And at just four times trailing 12-month sales (compared to 44 times sales for The Trade Desk), this looks like a potentially high-growth stock flying well under the radar right now.

In the world of digital payments, REPAY Holdings is another small outfit unknown by most. Even after advancing nearly 60% so far this year, it has a market cap of just under $1.7 billion. The product of mergers and acquisitions over the years, the company has been stitching together a compelling suite of software and services for lenders and business transaction processors to accept real-time payments.

While digital payments are commonplace these days when it comes to consumer transactions, that isn't the case in the massive business-to-business and loan repayment industries. Cash, check, and the legacy ACH payment system are still the preferred methods. But the pandemic has been accelerating the need for contactless payments, and REPAY is poised to benefit. In Q2 2020, card transaction volume grew 63% year-over-year to $3.6 billion, and revenue increased 68% to $36.5 million. Collectively, REPAY's addressable markets encompass a couple trillion dollars a year in transaction volume, so suffice to say there's room for the company to corner more market share.

REPAY continues to make progress on that front. It has announced multiple new integrations this year with payment processors, most recently announcing a new partnership with mortgage lending platform Ellie Mae to facilitate electronic money movement between mortgage originators. The auto loan industry is an underserved digital transaction market that REPAY is making headway into with a new payment integration with Daimler AG-owned Mercedes-Benz. It could also be said that the banking and credit union industry is underserved, which REPAY is helping via access to Jack Henry & Associates' technology platform, among others.

REPAY currently trades for 11 times the midpoint of full-year 2020 revenue guidance of $150 million. Cash and equivalents on hand of $186 million (offset by $266 million in debt) also help. If it can continue its recent momentum, this tiny and overlooked war-on-cash stock has lots of upside potential ahead of it in the emerging digital era.