One of the two stocks looks like a better buy today. 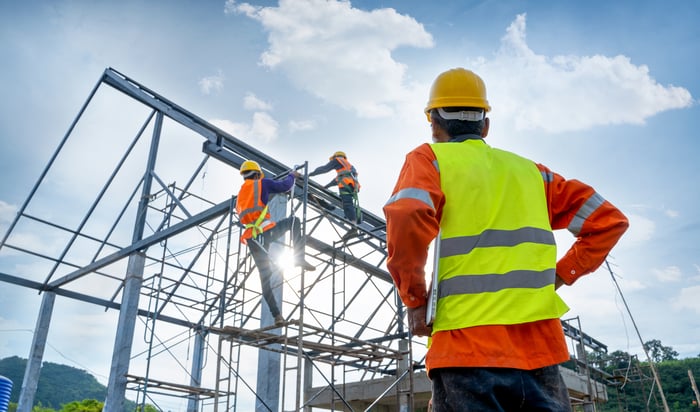 This diversification allowed Brookfield Infrastructure to post robust results even during the pandemic. The company's second-quarter funds from operations were down just 1.2%. Moreover, adjusting for major currency fluctuations, the company's funds from operations in fact grew 3% year over year. By comparison, Kinder Morgan's earnings continue to face the effects of COVID-19. It expects around 10% reduction in its distributable cash flow for the year because of the pandemic.

Brookfield Infrastructure wins again when it comes to dividend history. The partnership has increased its distributions for 11 consecutive years. Its distributions grew at an impressive 10% compound annual rate since its inception. If you don't like partnerships and K-1 forms, you have the option to invest in the company through the Canadian corporation -- Brookfield Infrastructure Corporation -- formed in March. In the first half of this year, Brookfield generated $1.49 per unit of funds from operations. That was 1.54 times its per unit distributions for the period.

In comparison, Kinder Morgan's dividend cut in 2014 shook investors' trust in the company, even though the step put the company and its dividends on a much stronger financial footing. In the first nine months of 2020, Kinder Morgan generated per unit distributable cash flow of $1.47, which was 1.87 times its dividends for the period.

While Brookfield's dividend track record is better, dividends of both Kinder Morgan and Brookfield Infrastructure are well covered by cash flows from their operations.

In comparison, Kinder Morgan cut its 2020 planned capital expenditures by 30% in response to lower market demand. Due to COVID-19 related uncertainties, the company raised its 2020 dividends by only 5% against the much-publicized 25% growth guidance provided last year. Kinder Morgan will now decide the dividend hike for 2021 based on market conditions, as well as its balance sheet situation, at that time. That looks like the right approach. Moreover, it has a pipeline of growth projects that should fuel its growth. However, Brookfield's development plans look largely unaffected by the pandemic and provide better visibility to its long-term growth. 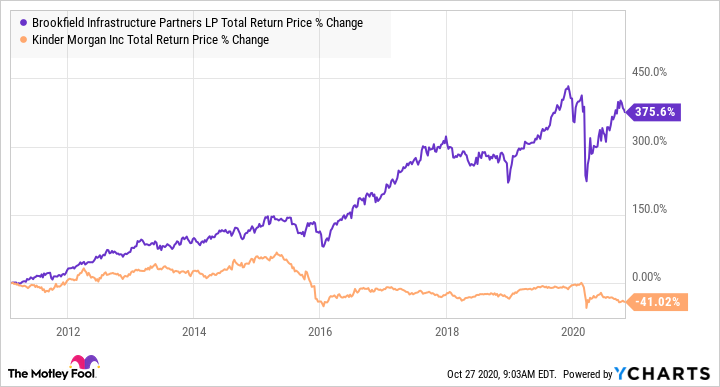 Volatile commodity prices, high leverage, and a dividend cut were the key factors that impacted Kinder Morgan's stock over the last few years. More recently, a fall in demand for oil and gas products due to COVID-19 took a toll on the company's earnings and stock price.

Commodity price fluctuations impact oil and gas stock prices, making them more volatile. That may not matter much if you are investing for the long term. In the near term, challenging oil and gas markets may keep a lid on Kinder Morgan stock's price.

While Kinder Morgan is a great stock to buy, attractive growth prospects, diversified operations, and resilient earnings will likely help Brookfield Infrastructure's stock to continue its outperformance over Kinder Morgan. That makes it look like a better buy than Kinder Morgan today.