After two years of a legal market for marijuana in Canada, it has become more vital than ever for sector players to post profits. Experience has shown that blindly expanding production capacity with no preparation for oversupply issues can have devastating financial impacts. Investors are tired of Canadian cannabis companies losing money quarter after quarter and issuing more stock to pay for their operational mishaps. Investors' standards for cannabis businesses are rising.

Meanwhile, cannabis companies in the U.S. are gearing up in anticipation of the drug's possible legalization after the 2020 election. Having learned a few lessons from the Canadian market, U.S. marijuana players area lot more cautious with their expansion plans, resulting in higher average profit margins than their Canadian counterparts. Today, let's look at the top two marijuana stocks that are making decent profits. 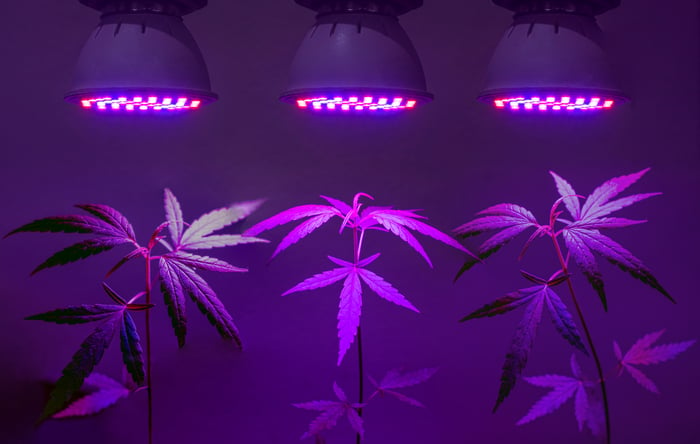 Scotts Miracle-Gro (NYSE:SMG) is an ancillary cannabis company that profits from marijuana growers without having anything to do directly with the plant itself. Scotts Miracle-Gro's wholly-owned subsidiary, The Hawthorne Gardening Company, provides soil, fertilizers, pesticides, herbicides, lighting, hydroponics, and gardening solutions that are necessary for raising marijuana plants indoors. During the third quarter of 2020, the entire company's sales grew by 28% to $1.49 billion. The growth was led by a 72% increase in Hawthorne's revenue, reaching more than $300 million in the quarter. Scotts Miracle-Gro's current profit margin is about 8% -- which isn't stellar, but better than the straight-up losses posted by plenty of pure-play marijuana stocks.

Scotts Miracle-Gro's biggest appeal is that it also has a solid business independent of marijuana, giving investors ample diversification. Due to the COVID-19 pandemic, over 8 million American households used grass seed or lawn food for the first time this year. Outdoor gardening, farming supplies, and lawn care account for approximately 80% of its revenue.

This year, Scotts Miracle-Gro expects to generate up to $4.04 billion in revenue and $6.85 in earnings per share (EPS), both representing substantial increases from the $3.16 billion in sales and $4.47 EPS it brought in last year. The stock is surprisingly cheap trading at just 2.4 times sales and 28 times earnings for all its growth. On top of that, Scotts Miracle-Gro is unique in that it is one of the only companies in the cannabis industry that pays a dividend, with an annual yield of 1.5%.

Hydroponic supplies company GrowGeneration (NASDAQ:GRWG) is also a rare gem in the marijuana sector, with its 0.85% profit margin. While that may not sound like a lot, keep in mind the company's competitors are losing between 7.38% and 1,160% for every $1 they earn in revenue. Last year, the ancillary marijuana company generated $79.7 million in revenue, up 175% from the year prior.

By 2021, GrowGeneration expects to increase its sales to $260 million and bring in up to $28 million in terms of operating income, including non-cash items. For the first six months of 2020, its revenue increased 123% compared to the first half of 2019, to $79.7 million.

GrowGeneration is now the largest hydroponic garden chain in the U.S., with 28 stores spread across 10 states. It plans to operate over 50 stores by the end of next year. On top of that, GrowGeneration also has $56.7 million in cash and equivalents, compared to only $300,000 in debt.

For a company that is growing its sales by triple-digit percentages, has close to zero debt, and is profitable, GrowGeneration is incredibly cheap. Right now, the company is trading for just seven times sales. For marijuana investors looking for growth stocks at a reasonable price, GrowGeneration is definitely a top pick.