Amazon (NASDAQ:AMZN) may be considering greatly reducing or eliminating its reliance on the United States Postal Service (USPS) for its rural deliveries, according to reports on Monday by the website The Information and other outlets. Amazon's plan to handle its own rural deliveries directly would reportedly be named Wagon Wheel, after the hub-and-spokes arrangement it envisions.

Some sources say the company is looking to entirely eliminate the USPS from its delivery process with the new program. Up to this point, the Postal Service has been a major element of Amazon's network, providing last-mile delivery for approximately 1.54 billion parcels, or 30% of its package shipments in 2019, according to reporting by Android Headlines. Amazon paid the USPS almost $4 billion for those deliveries. 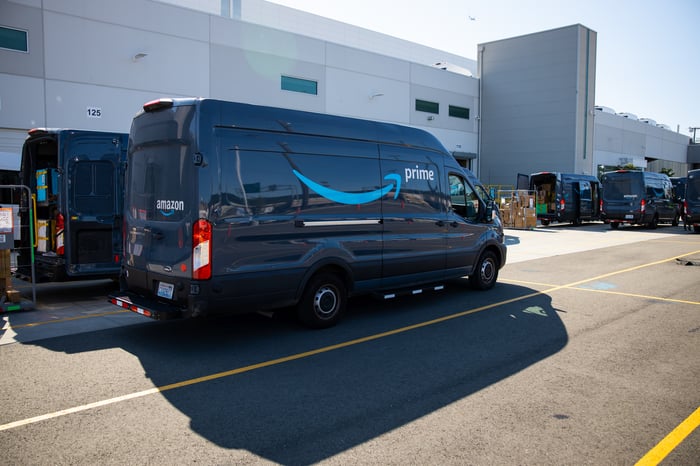 Though news outlets have probed for more details, Amazon was mum when contacted by The Verge yesterday. It also removed a job posting with a reference to "a new delivery business" focused on providing service to "rural and super rural communities across North America" after The Information found the listing and reported it.

During Amazon's third-quarter earnings conference call on Oct. 30, CFO Brian Olsavsky said of Amazon's extensive and costly investment in delivery, "we are not trying to cut it close, and we are erring on the side of having too much ... capacity." But given that Amazon's juggernaut-like growth during 2020 may be showing signs of slowing, a major delivery infrastructure rollout like the Wagon Wheel plan could be risky compared with continuing use of the Postal Service.