Athletic shoe and apparel company Nike (NYSE:NKE) has increased the number of layoffs at its Oregon headquarters to 700 employees, the Associated Press reports. The additional terminations were announced yesterday, Nov. 2, and will take effect in January 2021. Among those slated to lose their jobs are 200 individuals working at the HQ child care facility, which will be closed in the coming months.

The job cuts aren't directly related to the COVID-19 pandemic, but are instead the result of a new strategic refocus toward online sales and direct delivery. The move could also be viewed as part of a program of improving Nike's technology and fulfillment speed under way for several years now, a shift requiring a leaner workforce and trending inexorably toward job trimming across the company's operations. 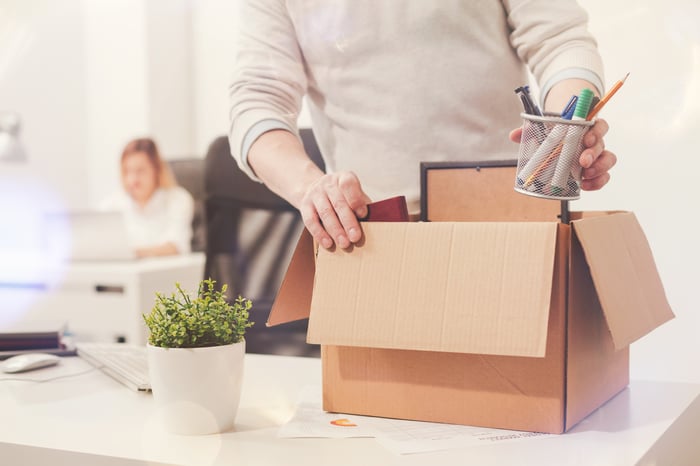 E-commerce has been a strong point for Nike this year, with digital accounting for over 30% of sales during the company's most recently reported quarter. E-commerce growth, already causing a "retail apocalypse" across the economy as brick-and-mortar stores face powerful competition from retail websites, accelerated during the COVID-19 pandemic. In fact, according to IBM metrics reported by TechCrunch, the coronavirus rocketed online retail forward by five years in a single six-month period, bringing about levels of digital shopping that wouldn't have been seen until approximately 2025 in the pandemic's absence.

The Street reports Nike says it is "building a flatter, nimbler company and transforming Nike faster to define the marketplace of the future" with its job cut plan, which it expects will rack up $200 million to $250 million in severance costs.