The U.S. is wrapping up what was a tense election season. Fortunately, the market has surged after pollsters counted most of the vote.

Nonetheless, investors always face the potential of economic, health, and societal concerns leading to massive market sell-offs, especially since an election winner may not emerge for days. Although such uncertainty is cause for concern, stockholders can protect themselves, or possibly turn the situation to their advantage. However, to make this happen, investors must avoid fear-based selling based on the election outcome.

Both a second Trump administration and a Biden administration bring with them uncertainty about the future. Nonetheless, selling all stocks based on fear of the future is one of the worst decisions investors can make.

Few events show this more clearly than the price action in early 2020 due to COVID-19. Between mid-February and late March, investors saw the S&P 500 lose as much as 35% of its value before it began to recover. During such times, fear of the pandemic's economic and health effects often led investors to sell near the low point of a bear market. 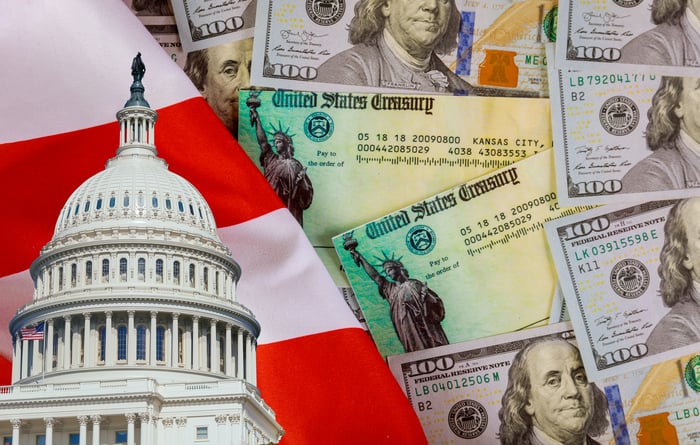 Those investors are the ones who fared worst during the market crash. Worse, if they decided to repurchase their stocks after the market reclaimed its losses, they had to pay a much higher price for the stocks they held before. Moreover, they face the risk of overpaying, again setting themselves up for another drop.

Those who sell due to fear also lose sight of one unavoidable fact -- the market has recovered from every market downturn in history. Many point to the stock market crash in 1929, the dot-com bust of the early 2000s, or the 2008 financial crisis as examples. Despite the devastation brought about by such crashes, the markets recovered from every one of these events.

Hence, during these times, the key in these cases is to hold to the fundamentals. This could prevent investors from overpaying for a stock now. It also gives them an opportunity to buy should the election lead to a sell-off in the market.

Investors can allay fears with this option

Depending on one's political views, the next four years could stoke fear should they view a president's policies as detrimental to markets. Admittedly, this is a legitimate fear.

Stocks did not recover to 1929 highs until the mid-1950s. Moreover, the Dow Jones Industrial Average did not return to its high of the late 1960s until 1982. Many blame the politicians who held office during those times.

Nonetheless, those who cannot stomach volatility or honestly believe the downturn will persist that long can consider a different investing approach. One option is dividend stocks. Even though companies (other than real estate investment trusts (REITs)) do not guarantee they will pay dividends, such payouts tend to act as a stabilizing force.

Many dividend stocks maintain yields well above the 1.7% average return for the S&P 500. Moreover, dividend returns are a measure of the dividend versus the price per share one pays. Hence, paying a lower price will bring a higher return on the dividend.

These investors could also consider a class of stocks called Dividend Aristocrats, a distinction earned by hiking payouts annually for at least 25 years. Since many invest in these stocks solely for that reason, they face tremendous pressure not to break that streak.

Regardless of who sits in the Oval Office, investors should resist the temptation to walk away. Instead of looking at specific presidencies as a reason to sell, investors should look at such times as an opportunity to buy the stocks they desire at a substantial discount.