Emerging markets are poised to soar, but avoid political landmines with small-cap stocks.

Emerging market stocks might be the single best investment for the next decade.

For starters, consider the potential for strong economic growth. By 2023, the International Monetary Fund (IMF) forecasts that emerging markets will expand by 4.8% annually, while developed markets expand at only a 1.4% rate. By that point, the emerging economies will collectively contribute 84% of global growth, while much of the developed world stagnates.

The emerging world is also host to dynamic companies such as Tencent Holdings (TCEHY 0.40%) or Alibaba (BABA -1.82%). Best of all, many of these companies are currently trading at relatively attractive valuations. Following years of underperformance, MSCI Emerging Markets Index trades at a price/earnings ratio (P/E) of 16, while the S&P 500 trades at a 24 P/E. 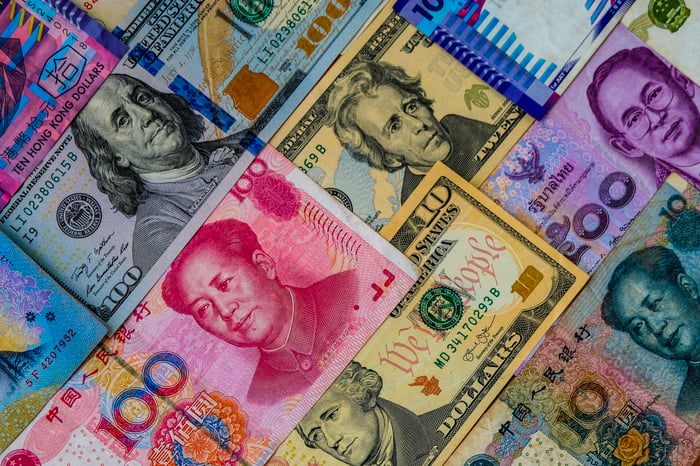 There is an issue

There are reasons these nations haven't achieved developed market status. In exchange for more potential upside, investors in emerging markets must accept economic uncertainty and financial market volatility. Awareness of a country's political environment is also critical to investing in the developing world. Many of the leading emerging markets operate under a system known as state capitalism, which is a combination of free markets and government intervention. Some leading companies, known as state-owned enterprises, are partly or fully owned by the government. Others might be nominally independent but still subject to significant governmental pressure or influence.

Take PetroChina (PTR) as an example. PetroChina is an oil major, on par with companies such as ExxonMobil (XOM -1.83%), Chevron (CVX -4.44%), or BP (BP 0.19%). But there's one major difference: PetroChina's controlling shareholder is the China National Petroleum Corporation (CNPC), which in turn is owned by the Chinese government.

China is growing rapidly and needs resources to do so, but there is not a lot of oil and gas in China. So, one of China's strategic imperatives is finding foreign oil reserves they can count on to fuel their growth. The problem, from the standpoint of the PetroChina investor, is that the Chinese government is more concerned with achieving its strategic goals than with PetroChina's stock price.

Exxon, Chevron, and BP don't face this challenge. When it is time to bid on energy assets or evaluate the feasibility of a new project, Exxon calculates the cost and benefit from a dollars and cents perspective. And sure, PetroChina runs that analysis too. But their government owners have also made it known that China needs energy reserves, so PetroChina's decision making must balance these potentially competing priorities.

But there's also a solution

So you want to take advantage of the strong growth and attractive valuations in emerging markets, but you also want to avoid undue government interference.

Smaller companies are often less important to a country than a corporate titan, and therefore far less likely to fall under the government's influence. The Chinese government has a great deal of interest in what PetroChina is doing, but they probably don't care what a modest-sized chain of sneaker stores or car repair shops is doing.

Small-cap stocks are the single best way to get exposure to emerging markets while avoiding circumstances in which a company is making decisions for non-economic reasons.

Avoiding government interference is enough of a reason to focus on Emerging Markets small caps, but there is also an added benefit to this approach. Small-cap stocks tend to outperform their larger counterparts over time, though they are also more volatile. Logically this makes sense. A new regional coffee shop has a lot of room to grow, but there's already a Starbucks (SBUX 0.24%) on every corner, so expansion possibilities are limited for the larger company.

If you were making a checklist of everything you'd want in an attractive investment opportunity, that list would probably include:

Emerging Market small caps check all the boxes in a way few other investments do, which is why they just might be the single best choice you have right now.