It's possible to earn life-changing wealth in the stock market.

Though it's not easy, if you can identify a terrific business and hold it for many years, you can earn a fortune. Walt Disney (NYSE:DIS) is one such company. 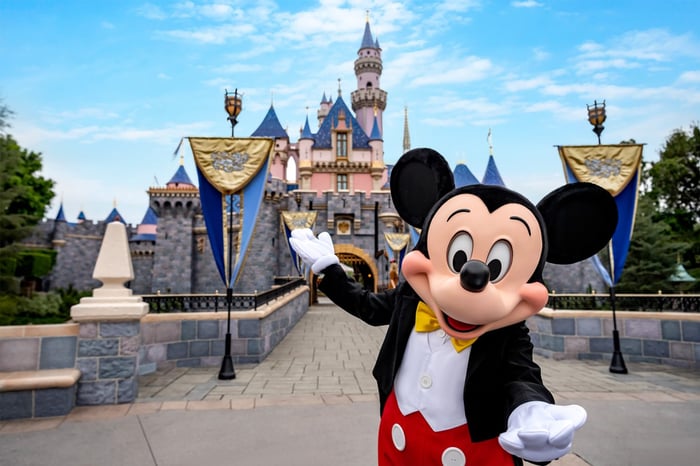 The now legendary entertainment powerhouse, which was originally called Disney Brothers Cartoon Studio, was founded way back in 1923 by brothers Walt and Roy Disney.

Disney's first major hit came in 1928. The cartoon Steamboat Willie featured Mickey Mouse, who would go on to become one of the most beloved characters of all time.

Nearly two decades later, the company expanded into theme parks. Disneyland opened on July 17, 1955. The groundbreaking amusement park would go on to become incredibly popular with guests. Its success would eventually set Disney on a path toward becoming the sprawling global entertainment empire it is today.

With Disneyland performing well, the company, which was known as Walt Disney Productions at the time, had its initial public offering (IPO) on the New York Stock Exchange on Nov. 12, 1957.

Had you invested $1,000 at the stock's IPO price of $13.88, you would have received around 70 shares after commissions. Disney has since split its stock eight times. Your 70 shares would now be over 28,000 shares. At Disney's current stock price near $141, your $1,000 investment would be worth more than $3.9 million today. You also would've received a hefty stream of cash dividends along the way.

Not bad, for a little cartoon studio built by a mouse.