In a bid to diversify its geographic risk, Apple ( AAPL -1.09% ) has asked its largest production partner, Foxconn, to shift some of its iPad and MacBook assembly work out of China and into Vietnam, Reuters reported last week.

The move comes as trade tensions between the U.S. and China continue to mount. President Trump has also encouraged U.S. companies to move their businesses out of China and has placed two more Chinese companies -- SMIC and CNOOC -- on a blacklist preventing Americans from investing in them. 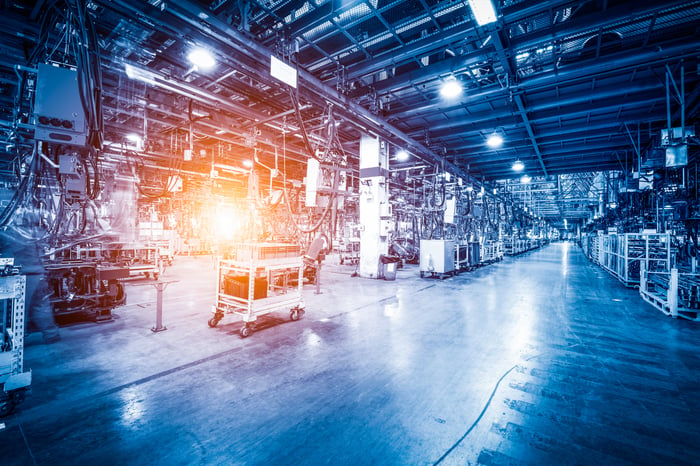 Reuters reports the new production lines in Vietnam for the tablet and laptop computers will come online in the first half of 2021. Foxconn is using its factory in the northeastern province of Bac Giang.

How much of the production is being moved was not specified, but the source said the shift came as a result of an Apple request. "It wants to diversify production following the trade war," the person said.

The news site also said Foxconn's recent announcement of investing $270 million in a new subsidiary named FuKang Technology was actually made to support the expansion.

The move would mark the first time iPads are assembled outside of China, and both Foxconn and rival Apple supplier Pegatron were both considering building plants in Mexico to be better able to supply tech customers trying to avoid China.

Foxconn's new Vietnam plan will also be making keyboards and other electronic components, as well as Sony TV sets, production for which is slated to begin later this year or early next year.