The rising number of COVID-19 cases slammed into Lyft's (NASDAQ:LYFT) business last month as the ridesharing company said the number of rides plunged 50% from last year. As a result, Lyft says it now forecasts sequential revenue growth to be at the lower end of the 11% to 15% range it previously guided toward.

But since it has also initiated cost controls, it now also believes margins will improve. So it now estimates adjusted EBITDA losses will be around $185 million instead of the $190 million to $200 million it previously said. Shares of Lyft rose in morning trading on the news. 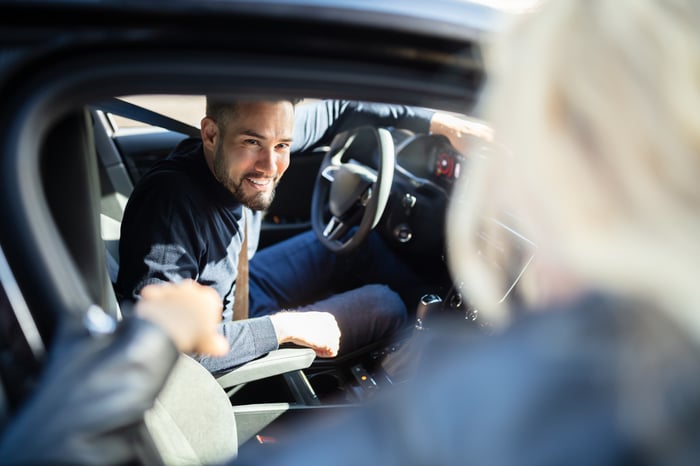 The health crisis has reduced demand for rides, and while the opening of the economy during the summer helped alleviate some of the worst aspects of the crunch, the second wave of cases is causing states and cities to clamp down again on people's movements.

Stores are being ordered closed and people are forced to stay at home once more. With travel and tourism also still under the gun, ridesharing is feeling the impact.

However, earlier this year Lyft fired nearly 1,000 employees, instituting double-digit pay cuts, furloughing workers, and moving out of some of its facilities. The streamlining is having a positive effect on results as Lyft says its contribution margin is improving.

Contribution margin is revenue minus the costs of revenue, and also excludes things like stock options, payroll taxes, and insurance liability changes, the result of which is divided by revenue. Lyft believes the metric better illustrates its ability to achieve profitability and increase it, and it now forecasts contribution margin will be at the upper end of the 170- to 270-basis-point improvement it previously forecast.