The company's stock is up 65% year to date and has scaled new all-time highs as growth has been boosted by the pandemic. 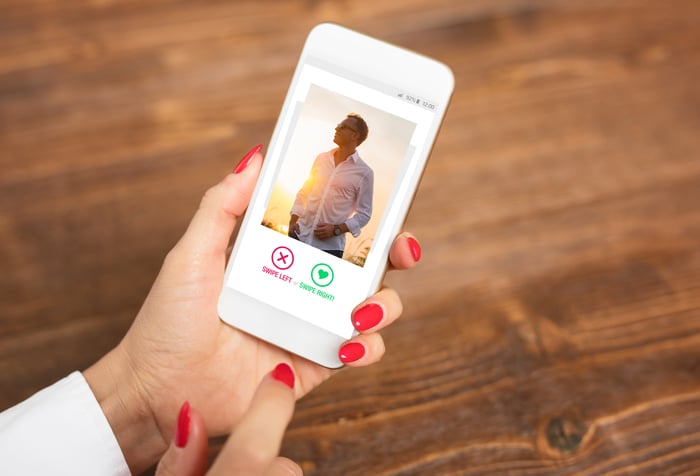 Average subscriber growth was stronger for Match's international division compared to North America, with a 16% year over year jump for the former compared with a 9% year over year increase for the latter. This statistic shows that subscribers outside the United States are also gravitating toward dating apps as the pandemic accelerates the number of people who download such apps. Social distancing and lockdowns are depriving people of the usual social venues to interact and mingle, thereby resulting in higher sign-on rates for dating apps and websites.

Tinder, the company's most popular dating app, now takes up more than half of the company's total revenue for the third quarter and is the highest-grossing app within the Lifestyle category in more than 100 countries.

Match has launched a new Tinder Platinum service with two new features that increase the user's chances of obtaining a match: Priority Likes and Message Before Match. These additional features should increase the attractiveness of Tinder's service and hopefully help to further increase ARPU for the company. Match is currently testing this subscription service in 10 countries and expects to expand it globally this quarter.

Shar Dubey, CEO of Match, intends to continue with the company's three-prong approach to capture further growth. The first is to grow Tinder, second is to focus on the company's older brands to try to reignite growth, while the third is to try out new strategies that can add to the company's growth within a short time frame.

With greater numbers of people moving online and consuming data in the wake of the pandemic, Match's suite of apps should continue to enjoy healthy usage. Online dating is no longer as taboo as it once was, as evidenced by the healthy numbers posted by Match. Investors should regard the company as a strong long-term investment candidate as Tinder has a dominant market share and is benefiting from structural tailwinds of higher online usage.