It's tough to imagine another company whose business was both helped and hurt quite as much as Disney (NYSE:DIS).

As the coronavirus outbreak spread and the economy fell into recession, the company's cash-cow theme parks were forced to shut down, and Disneyland is still closed. Its movie studios are capable of churning out several massive blockbusters annually but going to the movies just isn't a thing right now. And along with the rest of the cruise industry, Disney's cruise ships remain docked. 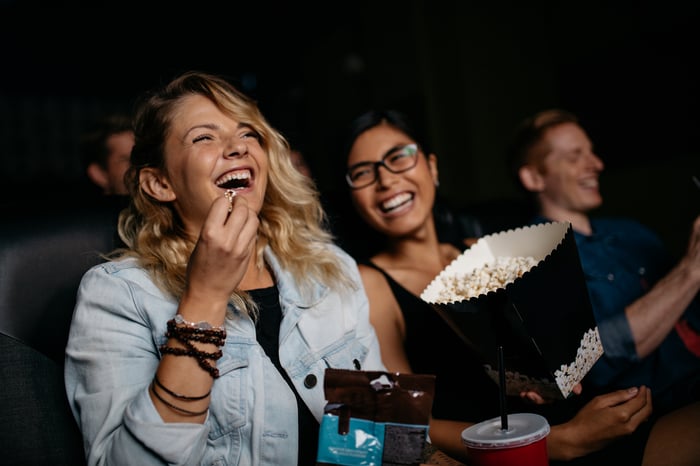 On the other hand, and in a case of fortunate timing, Disney launched its Disney+ streaming service in late 2019. To say that consumer adoption of the platform has been strong would be a massive understatement. Disney had hoped to reach 60 million paid subscriptions by 2024. It reached 73 million by the end of the third quarter – less than a year after its launch.

Because of the good-and-bad nature of the pandemic's effects on Disney, its stock performance has been mediocre. Disney shares are up 6% for the year, but this is significantly less than the 14% gain in the S&P 500. A $10,000 investment in Disney at the start of 2020 would be worth $10,605 today. Not bad, but nothing to write home about.

Disney could be a huge winner of the pandemic era

Here's a key point investors should keep in mind. Disney+ has added a stream of predictable and recurring revenue that didn't exist for the company a year ago. At a $6.99 monthly subscription price, 73 million members translates to more than $6 billion in annual subscription revenue, and that's if there's no further growth from here. Not only that, its streaming platform also gives Disney an alternative way to monetize its new releases, as it did with Mulan this year.

After the pandemic, demand for Disney's parks, cruises, and movies will be as strong as ever. And maybe even stronger, as consumers are likely to have pent-up demand. So, Disney's core business should return, and now there will be a brand new (and long-tailed) multi-billion-dollar stream of revenue on top of it.