China's rapid recovery from COVID, as well as its long-term growth prospects and stable of dynamic companies, has led its companies to strong year-to-date performance: The Shanghai Index is up almost 12%, and the CSI up 22%.But before you jump in to this market yourself, make sure you assess why Chinese stocks are doing well -- and whether their run is set to continue.

Why you should avoid China

Despite their recent surge, Chinese stocks have performed poorly over the longer term. The Shanghai Index is actually down over the last five years, and only up marginally over the past decade. That run of poor performance might give you pause before investing; after all, it's not like China is a newly discovered secret. It's been the world's fastest-growing major economy for years, and it boasts well-known companies like Alibaba (NYSE:BABA) and JD.com (NASDAQ:JD). Yet that hasn't been enough to spur strong returns. 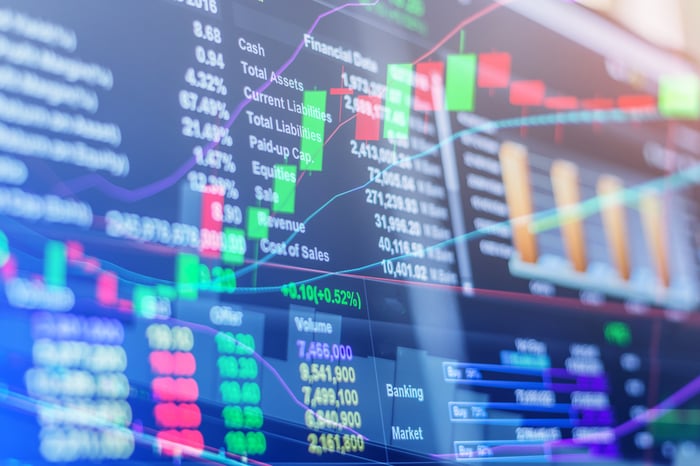 Chinese accounting standards still lag those in many other countries. Plus, there is little doubt that relations with the United States have soured under President Trump, and executive actions from the current lame duck White House could lead to short-term volatility. And even once President-elect Biden takes office, there is little indication that the incoming administration will take a softer tone toward China.

China has worked hard to overcome the dichotomy of operating a capitalist economy under a communist government. The state leaves many companies alone, provided they don't get involved in politics. But the recently cancelled IPO of Ant Financial serves as a reminder that the government can do whatever it wants. Ostensibly the IPO, which was to have been the world's largest, was cancelled because of "major issues" with the filing, but company founder Jack Ma's criticism of Chinese bank regulators also seems to have played a role.

Why you can't avoid China

If you're looking for growth, you can't avoid China. In fact, according to Matthews Asia, China accounted for 41% of global growth in 2019, and is forecast to account for as much as the U.S. and Europe combined over the next several years. This growing pie might offer companies room for revenue expansion, especially as China moves away from a focus on "quantity" of growth and toward "quality" of growth. As it seeks more sustainable growth, China is also becoming less reliant on exports, with over 50% of GDP now coming from domestic consumption.

If more money stays at home, consumers might show more interest in Chinese-made goods and services, leading to rising revenue and profit for local companies. This move away from low-cost manufacturing also suggests that Chinese companies are gradually transitioning to higher-margin, service-oriented business models. Furthermore, that increase in domestic demand could help offset any slowdown in global trade, whether it's prompted by the COVID-19 pandemic or trade squabbles with the United States and its allies.

So, what should you do?

Yes, China is risky. And yes, the lack of accounting transparency is concerning, while heavy-handed government interference is a potential wildcard. But consider this: The total market capitalization of Chinese stock listings (Shanghai, Shenzhen, Hong Kong, and U.S. listed ADRs) was $14.1 trillion at the end of June 2020. For comparison's sake, that's almost twice the listed market cap of the eurozone ($7.8 trillion.)

Does it really make sense to avoid a market twice the size of the eurozone? Doing so would effectively amount to an enormous bearish bet on the world's second largest economy. And given its growth prospects and stable of world-class companies, betting against China may not make much sense.

While you can go out and buy specific companies, doing so might limit your options; once you move past a couple of dozen corporate titans, accounting transparency might be an issue. Instead, a fund might provide more diversification and remove company-specific risks, while also placing financial and accounting analysis in the hands of experts. Keep in mind that many funds focus on the largest Chinese companies. While many of these businesses might thrive, they're also the companies most likely to attract attention from the Chinese government.

Because smaller companies are more likely to fly under the government's radar, they might represent a better means of getting exposure to the Chinese growth story, while avoiding potential government interference. For example, the Matthews China Small Companies Fund (NASDAQMUTFUND:MCSMX) has a weighted average market cap of only $4.6 billion, while the iShares MSCI China Small-Cap ETF (NYSEMKT:ECNS) has an average market cap of only $1.6 billion.

Historically, these smaller companies have offered superior growth prospects, in addition to being less likely to attract unwanted attention from the government. In fact, if you can stomach the volatility, a broad allocation to small- and mid-cap Chinese stocks just might be one of the best-performing investments in the years to come.