It can be tempting to invest only in the hottest, headline-grabbing companies. But while they might generate a lot of hype, they're not guaranteed to deliver matching returns. On the other hand, there are many "under-the-radar" stocks that can bolster your portfolio and help you plan for retirement. Let's take a look at why Williams-Sonoma (NYSE:WSM) is not the hottest stock in its sector but remains a great investment.

Flying through the pandemic

Most of the retail winners of COVID-19 were deemed essential by local authorities. Companies like Target and Walmart enjoyed increased sales as their stores stayed open, and they rolled out expanded online shopping options.

For the most part, luxury retailers were confounded by the pandemic as sales came to a halt. Tapestry, which owns Coach, Kate Spade, and Stuart Weitzman, suffered a sales decline of more than 50% in its fiscal fourth quarter, which included some of the worst months of the pandemic. 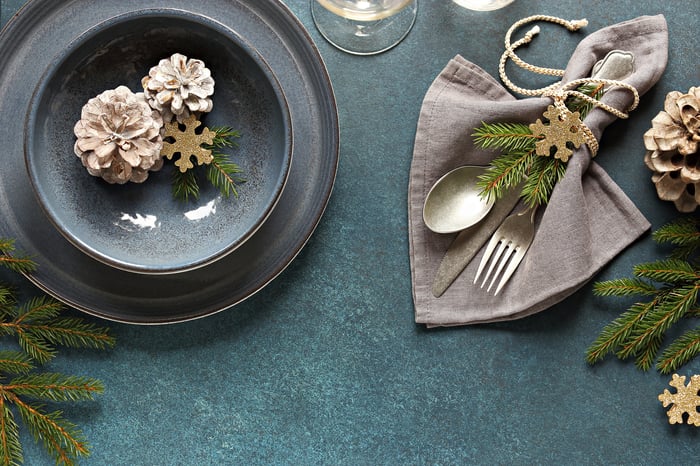 But Williams-Sonoma, despite store closures and its premium positioning, performed superbly during the pandemic, on par with major essentials retailers:

Leading retail into the digital age

Williams-Sonoma has developed a strong digital backbone that positioned it for success during the pandemic. While other luxury goods retailers suffered as customers stayed home and stopped spending in most categories, Williams-Sonoma benefited from consumers' greater focus on the home. Its wealthier clientele gives it an edge during economic downturns, since its customer base has a bigger budget for discretionary spending. In the fiscal third quarter, e-commerce sales increased 49% to counter an 11% in-store decrease, and digital accounted for nearly 70% of total revenue.

The company owns several high-profile brands, including the Williams-Sonoma housewares brand, West Elm budget furniture, and Pottery Barn furniture and décor. All of these banners performed well during the pandemic, but a range of labels and prices gives the company a greater chance to do well at any specific time. For example, last year, the Williams-Sonoma brand saw sales declines, but overall company sales increased. In the latest quarter, Williams-Sonoma outperformed with 30% sales growth, a new record for the company. 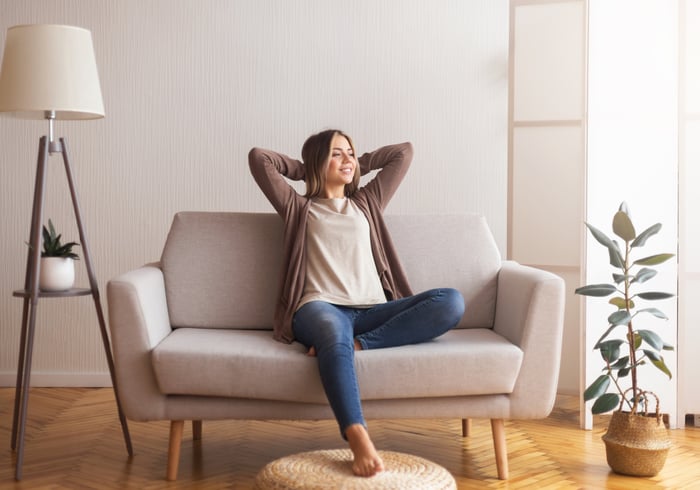 As a digital-first company in 2020, one that managed to grow even while its stores were closed, Williams-Sonoma also picked up a lot of market share from smaller competitors that lack a robust e-commerce operation. Some of the other trends the company noted: 80% of housewares sales still take place in stores but are moving online; millenials make up more than half of its customers and a significant portion of home buyers; and with the rise of remote work arrangements, more people are moving, giving the company more "hyper-spend" opportunities.

Why isn't there more hype?

Among its peers in the home goods industry, Williams-Sonoma was not the only company to put up strong results during the pandemic. Consider Wayfair, which has seen its shares gain over 200% year to date. The company recorded extraordinary growth in 2020 with revenue up 83% in the second quarter and 67% in the third quarter. However, Wayfair is a younger company focused solely on digital sales, which positioned it perfectly for the booming demand in housewares as shoppers shifted their spending online.

Williams-Sonoma may see slower growth, but its stock has also gained 50% so far this year and is trading at a very reasonable 16 times trailing earnings. It also pays a dividend that yields 1.9%, presenting investors with an attractive value and steady income.

Beyond the pandemic, the company can extend its gains in the new year and long term as Williams-Sonoma sets its sights on massive new markets.