The government alleges the retailer's practices are worsening the crisis.

The U.S. Department of Justice (DOJ) launched a lawsuit against giant retailer Walmart ( WMT 1.51% ) today, as reported by multiple sources. While the accusations are not new, today's filing represents direct legal action. The Drug Enforcement Agency (DEA) has also weighed in, claiming Walmart's pharmacies have been regularly filling prescriptions it describes as "illegitimate."

As reported by USA Today, the DOJ's Civil Division head, Jeffrey Bossert Clark, alleges Walmart engaged in unlawful conduct that "contributed to the epidemic of opioid abuse throughout the United States." The government agency states Walmart failed to do its due diligence in checking on the validity of prescriptions, and did not report those that appeared suspicious. 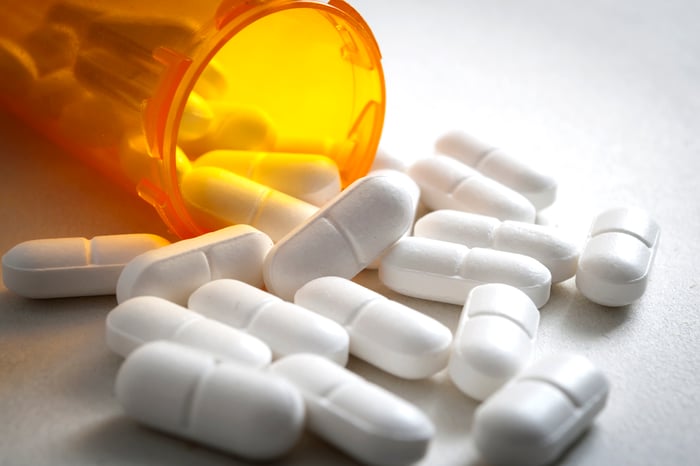 Walmart responded with several counterclaims, saying it "sent DEA tens of thousands of investigative leads" and "blocked thousands of questionable doctors." It claims the DEA is simply looking to shift the blame for its own failures onto pharmacies and pharmacists. According to its statement, the agency has a record of "well-documented failures in keeping bad doctors from prescribing opioids" and says the case has "factual inaccuracies and cherry-picked documents" as its basis.

Walmart's pharmacy network, which includes more than 5,000 in-store locations across America, was recently chosen by the federal government as one of the major chains to help with distribution of the new COVID-19 vaccines. The company has made major gains this year as its smaller competitors were shut down as nonessential, while the giant retailer was allowed to stay open, speeding the concentration of retail into the hands of just a few players such as Walmart, Amazon, and Costco.

The DOJ's current lawsuit could cost the retailer billions of dollars in penalties if successful, UPI reports.