Shares of the digital-manufacturing technology company have surged since its last earnings report.

Shares of machining, injection-molding, and 3D printing company Proto Labs (PRLB 1.17%) were up another 12% today, bringing its gains for the month of December to almost 34%.

Some of the recent gains may be attributable to excitement around a special purpose acquisition company (SPAC) merger in the sector.

Fellow 3D printing company Desktop Metal (DM -4.54%) made headlines earlier this month when its SPAC merger closed, bringing it to the public markets on the New York Stock Exchange. Several other 3D printing companies, including Proto Labs, have seen shares continue to march higher since then. 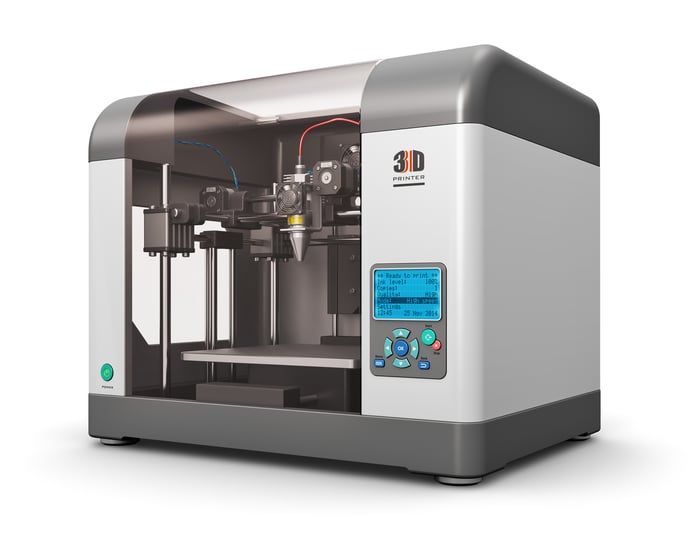 Proto Labs isn't just an industrial 3D printing company, though. It also offers injection molding, CNC machining, and sheet metal fabrication. And the stock has been moving up since the company reported third-quarter earnings on Oct. 29. Shares are up more than 55% since that report.

The stock didn't just spike after that earnings report. Revenue was lower year over year in each of its services except 3D printing, which rose 2%. Operating cash flow was relatively unchanged from the prior-year period. So why have shares been on a steady rise since then?

The growth in 3D printing, and the public debut of Desktop Metals, are likely contributing reasons. Additive manufacturing is a segment that looks to have a long growth runway ahead. Desktop Metal said it believes the sector will grow 11 times to $146 billion this decade.

Proto Labs also has $200 million in cash and no debt as of Sept. 30. In addition, it has almost 19% of its shares sold short as of Nov. 30, according to MarketWatch. It's possible that the short-sellers are closing positions as the year comes to an end, with a potential economic rebound from the pandemic on the horizon.

Either way, long-term shareholders should enjoy ending the year on a strong note, and can look forward to more growth if 2021 is a year of economic strength.