Both these companies have seen triple-digit revenue growth this year and are dominating their state markets. Green Thumb is already profitable, and Trulieve is not far away.

It's no wonder their stocks have been sky high in 2020. With the year coming to an end, shares of Trulieve have soared 173% so far, while Green Thumb's stock has gained 146%. Meanwhile, the benchmark index, Horizons Marijuana Life Sciences ETF, sunk 9% over the same period. Let's dig deeper and look at the outstanding progress these two pot companies made this year and what opportunities lie ahead for 2021. 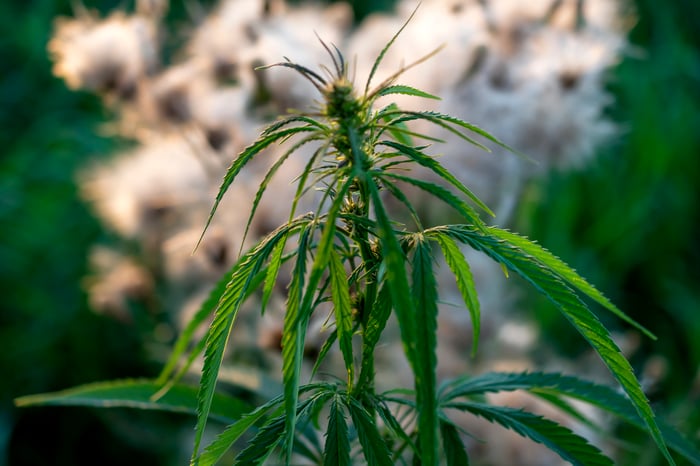 Green Thumb offers its medical and recreational marijuana products through its Rise and Essence store chains under the Dogwalkers, Dr. Solomon's, and Rhythm brands. Its 48 retail stores across ten states helped revenue grow a stunning 131% year over year to $157.1 million in its second quarter. Increased growth in both of its segments, consumer packaged goods and retail, drove the revenue jump. The company's products are offered through the consumer packaged segment and sold through its retail channels.

Green Thumb's focus is on its home state Illinois -- where eight of its 48 stores are located. And that continues to prove a very wise choice. Illinois saw outstanding sales numbers since it legalized recreational cannabis at the start of the year. Experts predict it could easily cross $1 billion in total sales for 2020. Green Thumb has licenses to open two more stores in the state.

Trulieve is dominating the Sunshine State

Trulieve recorded a 93% year-over-year jump in revenue to $136.3 million in its third quarter ended Sep. 30. Sequentially, revenue also rose from $120 million in the second quarter. This revenue jump led to a straight 83% surge in adjusted EBITDA to $67.5 million. This quarter marks the eleventh consecutive quarter of positive EBITDA. Trulieve opened nine stores in the third quarter, and has a presence in six states with 68 stores nationwide. This drastic growth in a small number of states demonstrates the popularity of its products.

Many smaller cannabis companies struggled to hold onto cash amid the pandemic. This allowed Trulieve to capture its markets. According to Marijuana Business Daily, Trulieve has captured around 52% of the smokable cannabis market share in Florida. 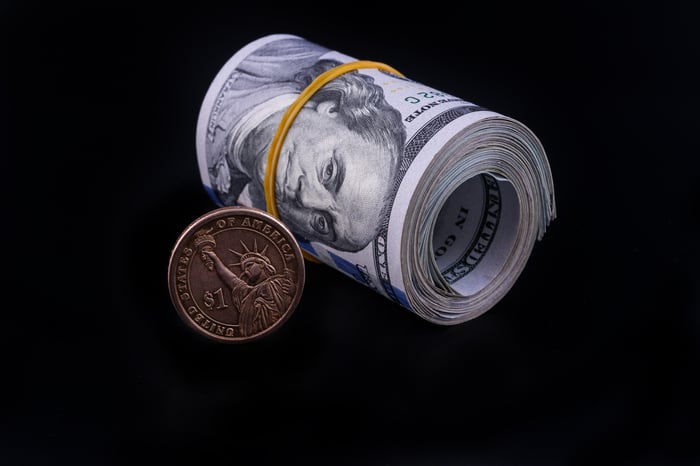 Both companies have enough scale to thrive

Trulieve's high dependence on medical cannabis was a concern for much of 2020. Many of its peers were generating revenues out of recreational cannabis products (mainly cannabis derivatives), higher-margin products that are growing in demand, while Trulieve focused on the medical segment.

It was wise of Trulieve to step into the cannabis derivatives market when it did. Cannabis derivatives include vapes, edibles, topicals, beverages, and more. In its third quarter, Trulieve launched a wide array of edibles for its medical cannabis patients, including cannabis-infused chocolates, gels, cookies, and brownies. Florida is slated to put a recreational cannabis proposal on the 2022 ballot. Once the state legalizes cannabis for adult use, the company will have an even wider customer base ticking off its revenue growth. Florida is the third most populous state in the U.S. with a population of 21.4 million.

Green Thumb is already making its mark with its recreational products -- so nothing to worry about there. It earns two-thirds of its revenue from its derivatives including edibles, infused beverages, vapes, concentrates, and topicals.

Staying strong in their home states has proven beneficial for both companies. Both are in a solid financial position to grow with the evolving industry. Trulieve ended its third quarter with cash and cash equivalents of $193.4 million. Meanwhile, Green Thumb had $78 million in cash and around $97 million in total debt. However, its rising revenue should be enough to pay off its debts. As more states legalize cannabis, possible federal legalization will help these two to dominate the industry. 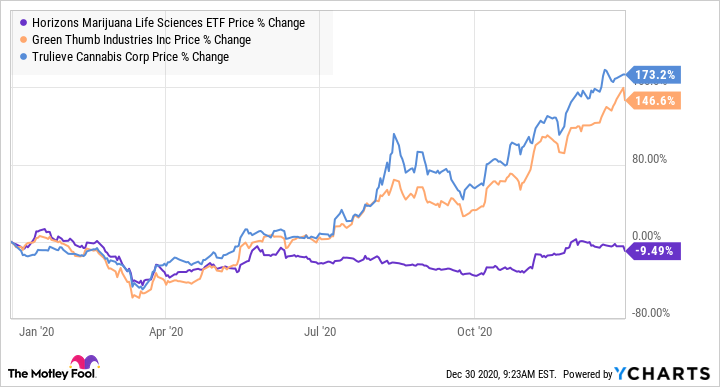