Sales growth shows no signs of slowing, and new opportunities continue to open up.

In some ways, Peloton Interactive ( PTON -2.02% ) is doing for exercise equipment what Apple did in the personal computing market. It has taken a mundane product and made it feel special.

That's an impressive feat given that the exercise equipment market has been crowded for a long time. Competitors like NordicTrack offer equipment with many of the same features as a Peloton Bike, but the latter has the benefit of connecting owners with a growing community of workout enthusiasts. Peloton's willingness to spend heavily on marketing has helped it build a powerful brand, generate amazing sales growth, and deliver big returns for investors.

And the best is yet to come. 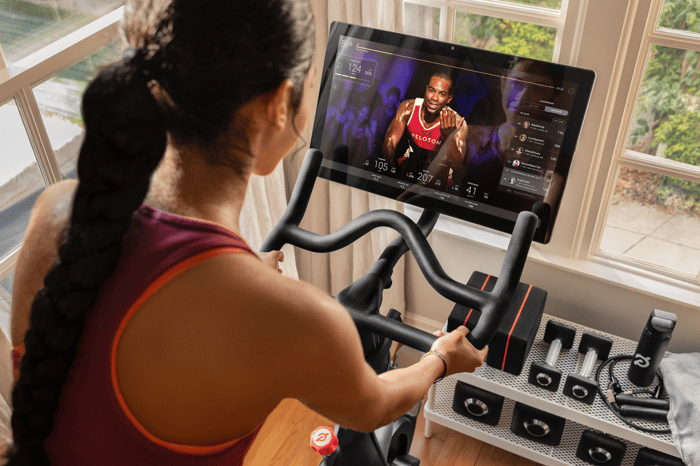 Doubling sales every year has been routine

What's most impressive about Peloton's growth is how consistent it has been. Revenue grew 90% in its fiscal 2018 (which ended in June of that year), 107% in its fiscal 2019, and 99% in its fiscal 2020. But when gyms shut down due to the pandemic and people went looking for appealing at-home workout options, its growth and member engagement jumped to another level.

In the quarter that ended Sept. 30, revenue growth accelerated to 232% year over year. This performance was partly driven by a large backlog of unfulfilled Peloton Bike orders from the previous quarter, but that reflects phenomenal demand for the product.

On Wall Street, the knock against Peloton has been its lack of profitability, which can be blamed on the exceedingly large percentage of revenue it spends on marketing. But with this year's high demand, management has been able to pull back on that spending, which allowed some profits to poke through in the last few quarters. Peloton reported net income of $69 million in the first quarter of fiscal 2021, for a net profit margin of 9%.

Peloton reported a profit much earlier than investors originally expected, given that it's still investing aggressively in subscription content and new products to drive growth. Its ability to show a healthy profit while making these crucial investments was a key reason the stock rocketed higher as the year progressed.

Further propelling the stock price was a September investor presentation in which management updated its long-term outlook. The company sees the potential to convert millions of people with paid gym memberships to its interactive fitness products, including the Peloton mobile app.

Many people like their gym experience, so management's goal will be challenging to reach, but if Peloton can convert even a minor percentage of the estimated 200 million paying gym-goers worldwide, that would be enough to make its stock a rewarding investment, even purchased at its current highs. 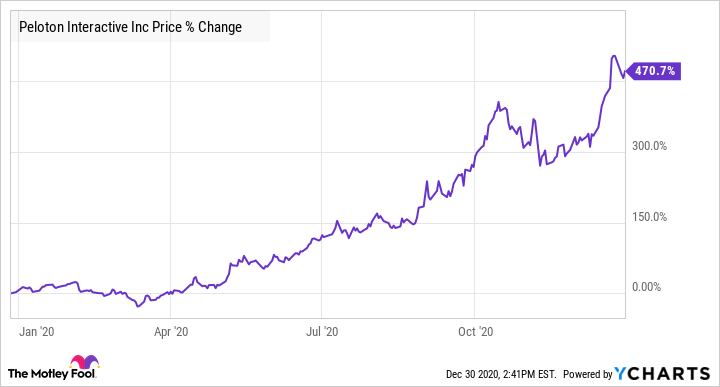 Peloton ended the recent quarter with 1.33 million connected fitness subscribers, and 3.6 million total when including digital app memberships. Those relatively low figures reveal a business that is still at the beginning of its growth journey.

What's exciting about Peloton is that new growth avenues are still emerging. For example, it recently announced the acquisition of Precor for $420 million, a purchase that will bring several benefits.

Precor is a leading provider of commercial-grade fitness equipment  for hotels, multifamily residences, and college campuses. The deal not only opens up these markets for Peloton, but it also brings in-house more expertise in product development, which could enhance the feature sets and technology that will go into its future products.

What's more, Precor provides a large U.S. manufacturing footprint. By producing some of its connected fitness products domestically, Peloton could significantly shorten delivery times and save money on logistics and shipping. All of this will undoubtedly benefit the bottom line.

The stock has provided a muscular boost to the portfolios of any investors who bought shares during the months after its September 2019 initial public offering. But management sees revenue roughly doubling again in fiscal 2021, and the healthy profit Peloton showed in the last earnings report shows how lucrative its subscription business model will be over the long term.

This growth stock already sports a rich valuation, so investors may have to temper their near-term expectations. However, I wouldn't underestimate Peloton's ability to deliver market-beating returns over the next decade even from these lofty levels.